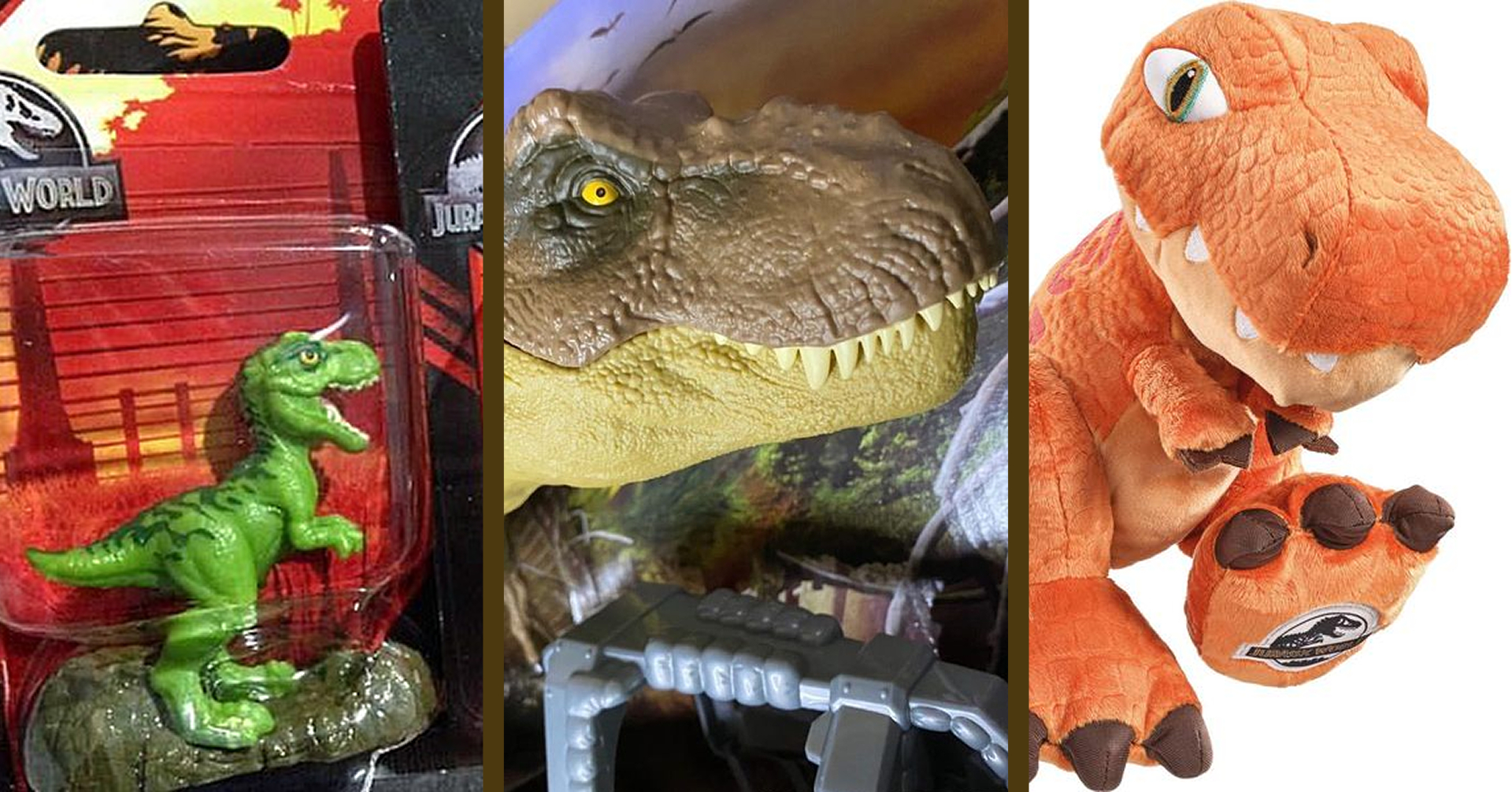 As was to be expected, with the arrival of the second season of Camp Cretaceous, the Jurassic World Merchandise has intensified a lot, with various releases for all types of users.

Let’s start with some live images of the highly anticipated DINO ESCAPE “Stomp an ‘Attack” T. rex, whose promotional images we had posted here. The positive impressions are confirmed: between a Sculpt taken from the already incredible Epic Roarin ‘, a coloring even closer to the one seen in the first Film and some new additions to playability, it will be a Must for all fans. (Source: Collect Jurassic)

The Amber Collection will also be enriched with new elements, as anticipated in these pages of Entertainment Earth: in addition to the Pteranodon, the Tiger Raptor (from The Lost World: Jurassic Park), a new version by Ian Malcolm and John Raymond Arnold, will arrive in April. (Source: Collect Jurassic)

But that is not all! Thanks to @jurazackpark’s reporting, we know the line will also include some mysterious Raptors, Robert Muldoon, and a Mid-sized T.rex!

@brennanthepaleodude instead reports the arrival in some Canadian store of a new Imaginext series linked to Camp Cretaceous, which includes Bumpy, Apatosaurus, T.rex and Spinosaurus!

The presence in Mexico of some “Baby” Figures is also surprising, part of a Micro Collection reported by @ victorhct87 (Source: Collect Jurassic)

We close (for now) with a new series of Plush Posh Paws dedicated to Camp Cretaceous, with the obvious inclusion, together with the others, of the new star Bumpy!