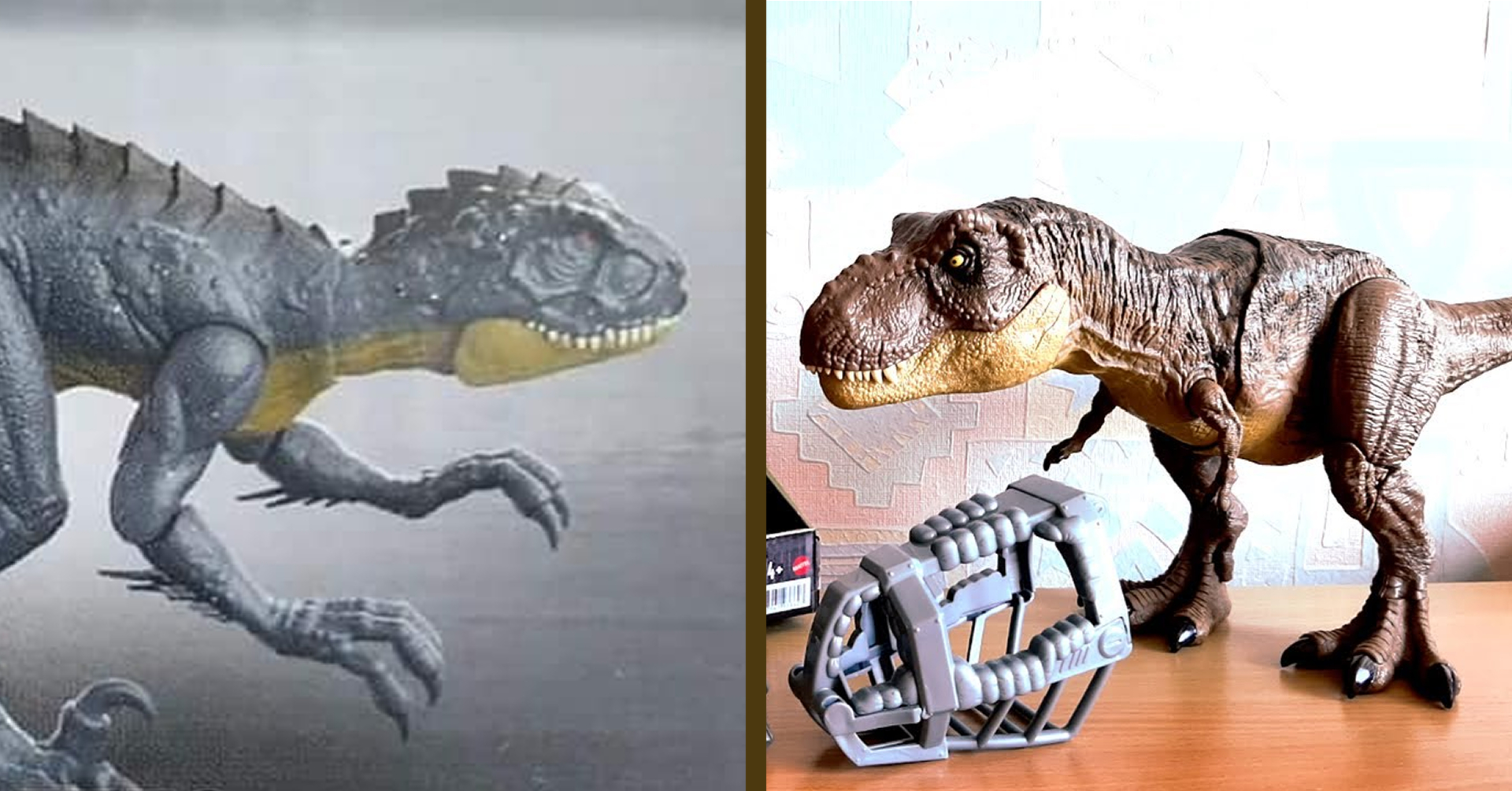 We have already talked about it in previous articles and here is finally arriving in American stores the Tyrannosaurus rex Stomp ‘n Escape of the Dino Escape line, dedicated to the protagonists of Jurassic World and Camp Cretaceous.
With the arrival of the toy, eagerly awaited by the fans, it was only a matter of time before some reviews arrived on YouTube and here is a nice video from Sasha’s Toy Stories that illustrates all the Gimmicks. Obviously we invite you to see it in its entirety … It promises to be a historic T-rex for collectors!

Before taking it out of the box, the Youtuber shows the back of the Packaging and in a corner you can see a figure that has been talked about a lot in other environments …

Even if the name is not reported, the recent Leak (which we did not want to share in fairness) would confirm that it is E750, the mysterious project introduced at the end of the second season of Camp Cretaceous. The assortment code HBT41 corresponds to another Leak where, among other things, part of the name of the hybrid appears, which should be Scorpius Rex (don’t mind Scopius, it’s a typo).

We then have a first official proof of the appearance of this mysterious hybrid, although that shouldn’t distract attention from one of the best T. rex ever!