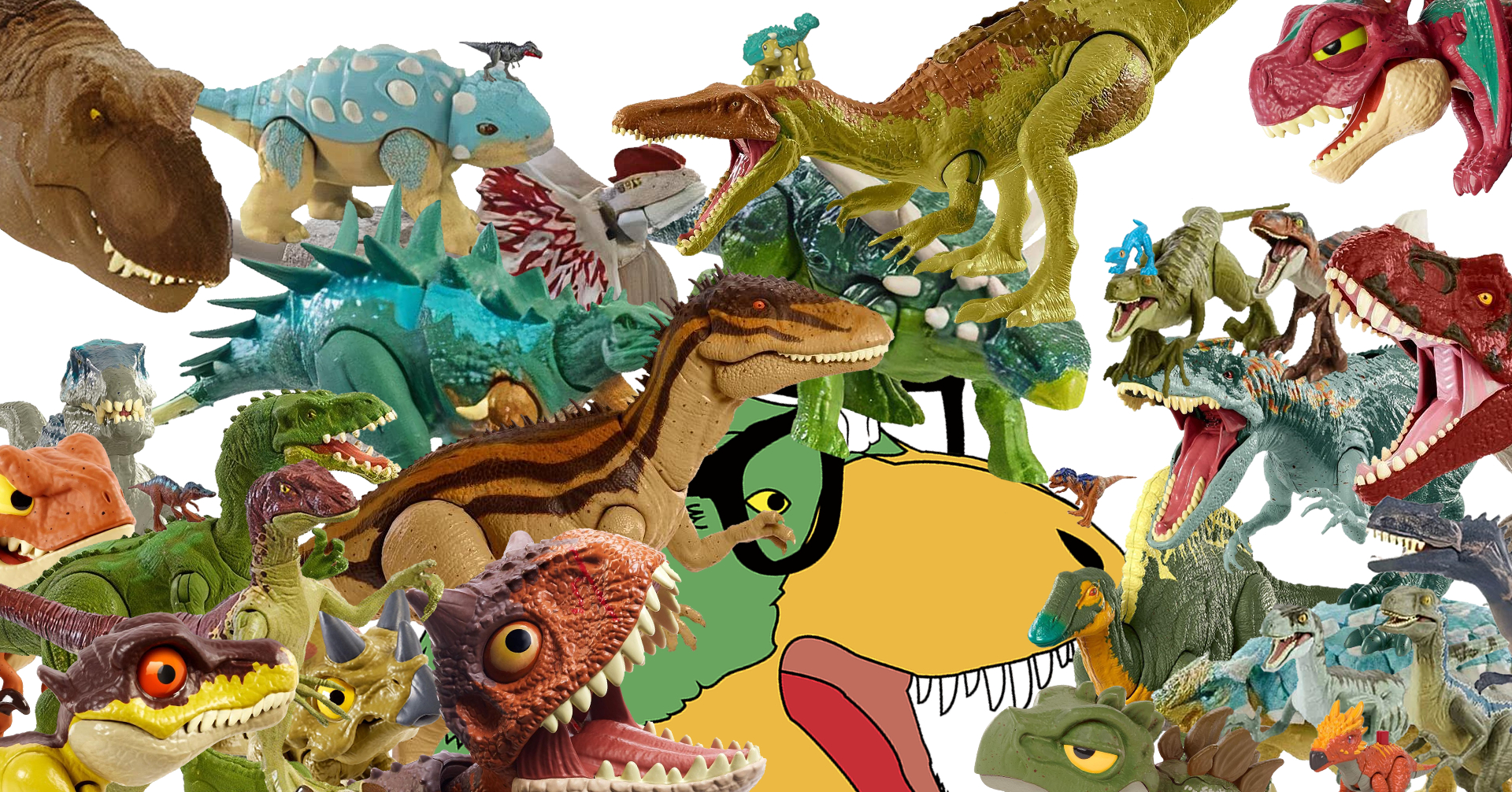 In the past few days we have been invaded by new previews of the next Mattel toys dedicated to Jurassic World. We have posted some news on our Facebook and Instagram pages and little else here on the site. So here is a Recap of what has been shown so far.

According to the official description, Fierce Forces have “a single attack function that demonstrates the greatest strength of any species”. Of note, in addition to a revamped Velociraptor Sculpt that would be very suitable for Jp ///’s Alpha female, the addition of two new species: the bizarre Masiakasaurus theropod and the Chialingosaurus stegosaurid.

For this line the attack function consists of three levels of aggressive sounds, which build up to a powerful roar. Each sound is characteristic of the respective species (no generic T. rex roar for everyone, then). New Entry among Jurassic toys Ouranosaurus, while the Allosaurus has been heavily modified.

Given the popularity of Camp Cretaceous and the sympathy of its human characters, it’s nice to see them in toy form. To make the purchase more attractive, each character will be joined by a dinosaur, among which a Monolophosaurus with a modified head (who knows if he will appear in the Show?) And Bumpy in semi-adult form deserve attention at the moment.
Source: Collect Jurassic

This series has an advanced attack function: by activating it, it is possible to free the dinosaurs from their restrictions.
Fans of Jurassic World: Evolution will surely have noticed the similarity of the Carcharodontosaurus with the model present in the game.

JPToys.com also shared the concepts of two other dinosaurs in the line: Suchomimus and the brand new Lythronax. One second, ARE THOSE FEATHERS? Obviously we are waiting for confirmation, it would be an interesting novelty.

The Raptor Squad gathered in a Camp Cretaceous-inspired Set, which is why Echo is very different.

Thanks to the Jurassic World Revolution page we learn about this Camp Cretaceous Set with Ben, Bumpy, a Jeep, a Compsognathus and a Dracorex. A nice gift for the little ones!

For the older ones it will be possible to relive the moments of greatest tension of the first Jurassic Park with these two Sets: it is the first time that Mattel has created Tim and the Ford Explorer, but above all we see the STICK!

We must report the removal of a red stripe of the Jeep Wrangler, for unclear reasons since a correct one had already come out some time ago …

Could the Snap Squads be missing? This time with new, great expressions! Jurassic World Revolution has already put it to good use …