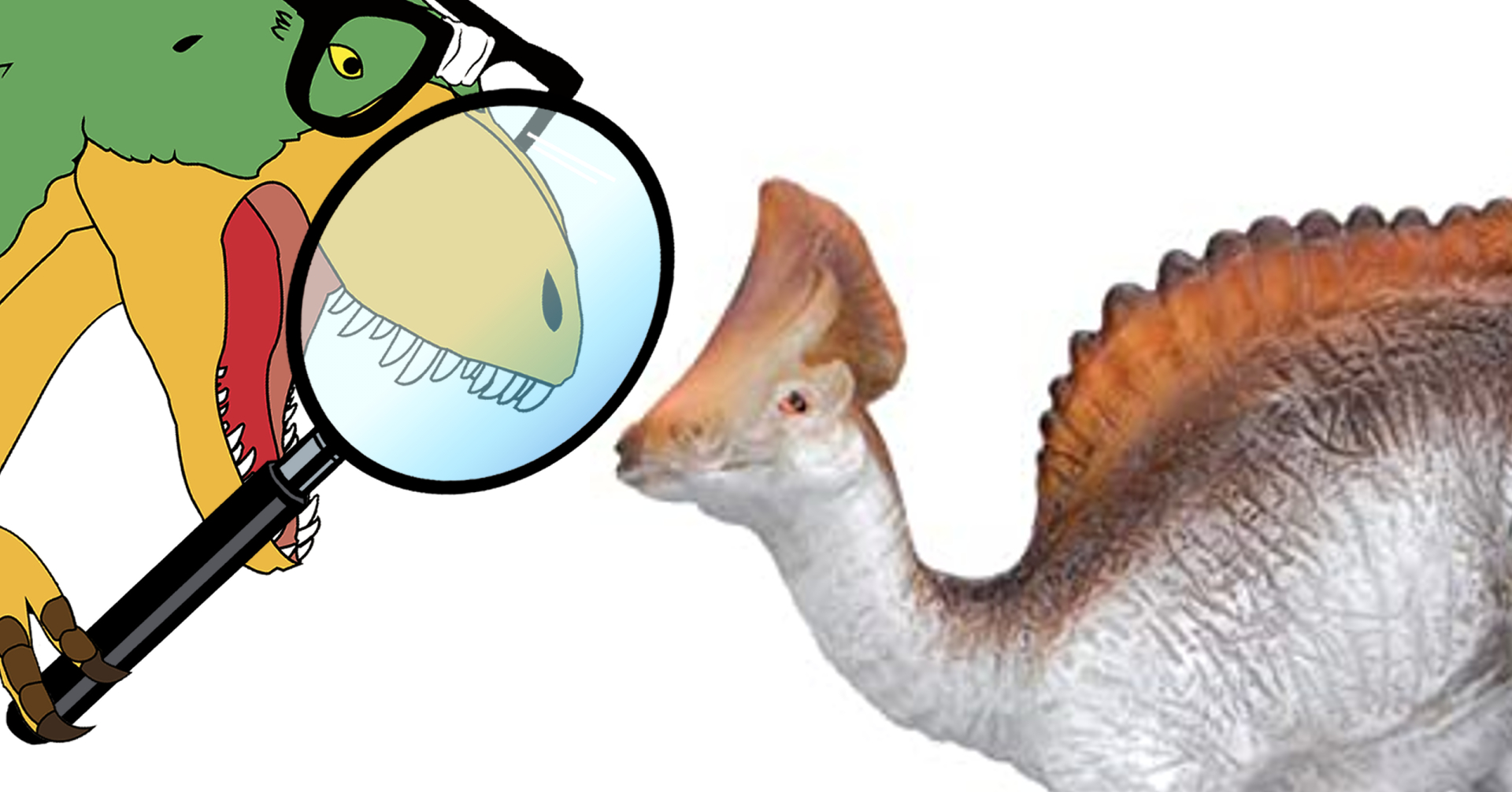 On May 11, 2022, CollectA gave the sad news of the passing of Anthony Besson, who had been the person in charge of their prehistoric lines and raised their quality level after the disastrous beginnings of the early 2000s. To remember him, we retrieved from our archives the review of the Olorotitan from 2008, one of the first models that Anthony had ever approved.

The Olorotitan is a lambeosaurine hadrosaur found in Siberia in 2003, whose peculiarity is certainly the strange fan-shaped crest, as well as a longer neck than the other hadrosaurs. CollectA, since the early years of its foundation, has always paid a lot of attention to the most unusual and particular kinds of dinosaurs, and therefore we should not be surprised if in 2008 already they wanted to introduce an Olorotitan model in their very extensive Prehistoric Collection.

What immediately catches the eye is certainly the triangular skull surmounted by the characteristic crest; its shape is correct: starting from the muzzle it projects backward and then expands into a wide fan. For the coloring, CollectA has opted for a not aggressive choice: in fact, it is colored in light and dark brown. The eyes are a bit too large and placed slightly lower than where they are usually reconstructed. Behind the eyes, there is a strange bump, which probably matches the skull shape. However, it gives an effect similar to that of mammalian ears.

The body proportions are right, even if the vertebral processes are too high in the sacral area. The trunk is correctly tilted forward and the long neck emerges at the base, which in this model is very slender (whether the neck of the hadrosaurs was thin or massive is still a debated topic).

Unfortunately, the front legs are incorrectly sculpted. In fact, the current opinion is that the fingers in the hands of hadrosaurs were joined together and rigid, while in this model the three separate fingers can be seen; furthermore, the fourth finger is completely missing!

The lower part of the figurine is colored in light gray, while in the back it gradually changes to a dark brown. Along all the long vertebral spines there is a light brown stripe.

The Ororotitan is one of the best models of the Prehistoric Collection, despite its flaws, and for any ornithopod lover, it is definitely a piece to add to their collection, especially considering the low price (under 10 euros) on Amazon.