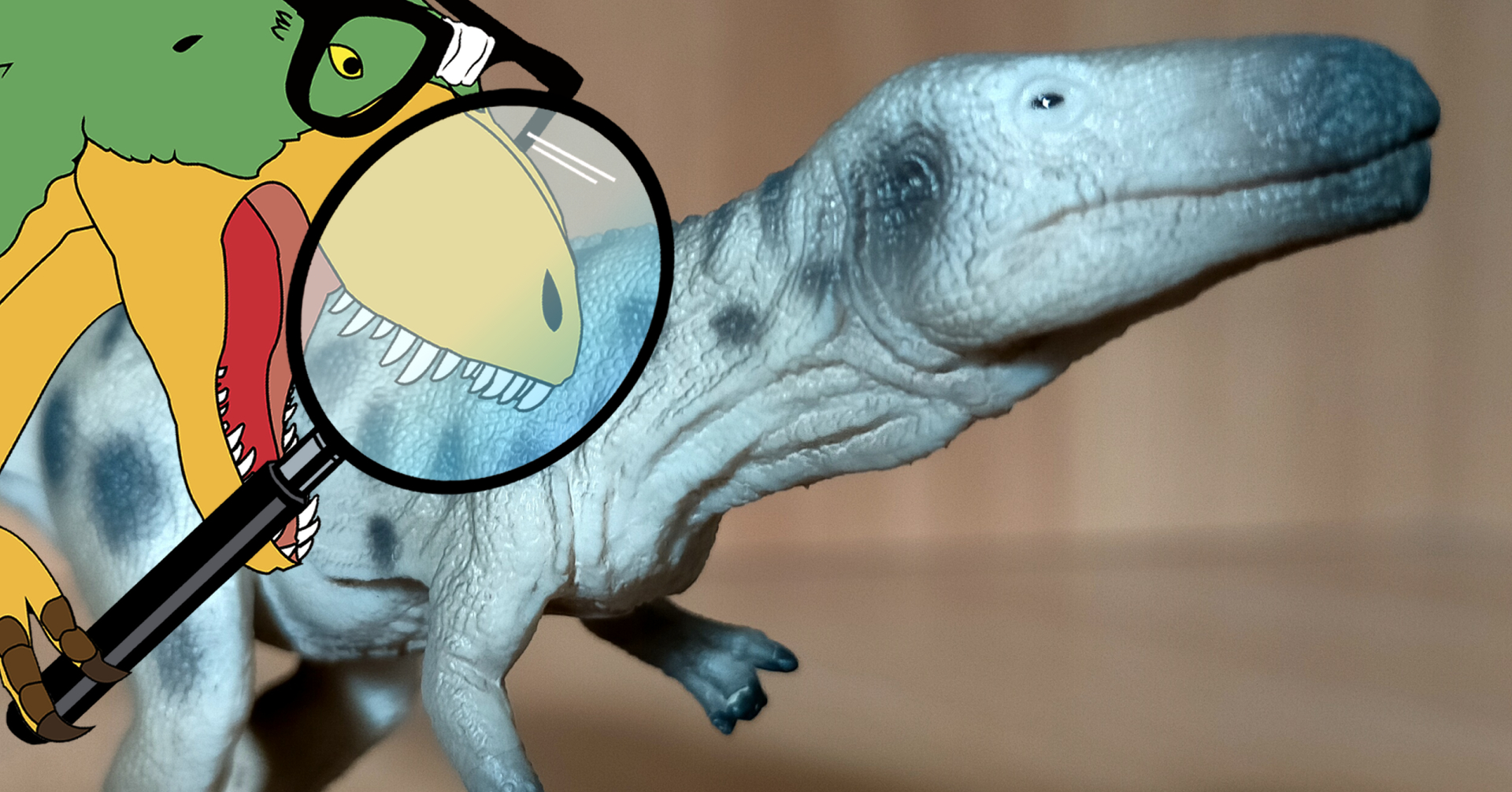 “In consideration therefore of the enormous magnitude which this saurian attains, I have ventured, in concurrence with my friend and fellow-labourer, the Rev. W. Conybeare, to assign to it the name of Megalosaurus” (Buckland,1824).

Reverend William Buckland could not have imagined that, in a little less than twenty years, what he believed to be an enormous lizard would become the first representative of a new Order, that of the Dinosaurs. Even Richard Owen, the very man who gave Dinosauria its name, had in mind a very different creature from the one we know today: the historic statue in the courtyard of the Crystal Palace in London, created by Benjamin Waterhouse Hawkins under Owen’s supervision, shows indeed Megalosaurus as a squat and humped creature, almost a cross between a crocodile and a bear. A clearer idea of ​​its appearance arose only a few years later when more complete and articulated theropod skeletons finally began to emerge in the western United States. The methods of classification, however, differed greatly from current rigor, and species were erected or merged on the basis of simple similarities. Thus began to jump out of “megalosaurs” all over the world and from rocks throughout the Mesozoic: any large carnivorous dinosaur was a Megalosaurus that could not be better cataloged. The “Megalosaurus problem” was well exemplified by Gauthier (1986), who pointed out that the first theropod described was represented by a limited quantity of findings without diagnostic traits that distinguished it from other large theropods. This confusion ended with a series of publications by Benson and colleagues (Benson et al. 2008; Benson 2010) which identified two diagnostic traits in Buckland’s mandible, arriving at a more precise definition. Megalosaurus, therefore, is restricted to the Bathonian (Middle Jurassic) of England, and ended up being a relatively generic theropod.

The remains of Megalosaurus in our possession, in fact, are far from complete, but based on related genera we obtain a theropod with a relatively smooth skull and devoid of the crests that characterized other Jurassic theropods: more than any other theropod, its head resembles that of a modern monitor lizard, and it seems to be the effect sought by Collecta, accentuated by the reptilian lips that cover the teeth. The debate on the presence or absence of this type of tissue is still open and for the moment nothing confirms or denies the aspect that the company has decided to give to its reconstruction. A careful examination of the skull allows to observe a dense series of roughnesses in the proximity of the oral area: it has recently been proposed that many theropods had some kind of corneal cover to protect the muzzle. Therefore, although some will judge this head as not very interesting, we should instead appreciate the intent to represent Megalosaurus as a real animal, sticking to the little that is known.

The impression that the sculptor was inspired by monitor lizards continues by moving along the neck, which has folds of sagging skin – particularly on the right side. Another noteworthy detail is the appearance of the scales, very natural even though still out of scale.

For a Middle Jurassic theropod, Megalosaurus was robust, with a rather long and low body. An appreciable detail of the model is the way in which the abdomen naturally continues into the pelvis, without that protruding pubic foot popularized by Gregory Paul’s reconstructions: a rather unlikely trait, as also shown by some theropod fossils in an excellent state of preservation and anatomical connection.

the pelvis: their presence has never been found in any theropod, so it’s a rather frequent speculative trait, typical in Collecta models. The spines are not carved individually and, while representing a change of approach compared to other Collecta figures of comparable size (such as Metriacanthosaurus), given the size of the model it does not compromise the general aesthetic. Moreover, the crest of thorns recalls at least in part the mane of the striped hyena (Hyaena hyaena), an association facilitated by the livery chosen for the figure.

Megalosaurus’ limbs are extremely robust for a theropod of its size, a common trait with its American relative Torvosaurus. The hand has three fingers and it is appreciable how, despite the small size of the model, an effort was made to maintain the proportion of the fingers typical of the Tetanurae, with the first finger shorter and the second longer. The hind limb shows some lack of muscle and could have been ‘pumped’ more, although it is nowhere near as severe as in other Collecta theropods.

The Eustreptospondylus holotype is the only megalosauroid to preserve a complete foot, showing that it was asymmetrical (fide Molina-Peréz e Larramendi 2019): thus distinguishing their footprints from other contemporary theropods, such as the Allosauroids; in this the Collecta’s morphology is inconsistent (in the left foot, the length of the second and fourth toes appears the same, while in the right the fourth toe is longer than the second) but, given the size of the model, it is difficult to blame him. In general, the feet, although slightly oversized, are not alienating, also due to the dark color that can remind some specimens of black vulture (Coragyps atratus).

As with the hind limbs, the base of the tail wouldn’t have suffered if it had been made more massive – to accommodate the caudofemoral muscles – but it’s still a step up from other Collecta figures.

The model was marketed precisely under the name “Megalosaurus in Ambush”, and indeed the pose suggests a crouching animal as if it were targeting prey. Studies conducted on the neurocranium of other theropods (Acrocanthosaurus, Irritator) show that Tetanurae generally kept their skulls tilted to the horizon plane. However, animals are dynamic, and the pose may suggest that they temporarily raised their head keeping it straight.

In short, first a giant lizard, then a crocodile-bear, and finally a theropod with little distinctive features but of great historical importance, for which Collecta has created a monitor-hyena-vulture design that lends itself well to an ambush predator. A little gem with an interesting pose and a natural feel.