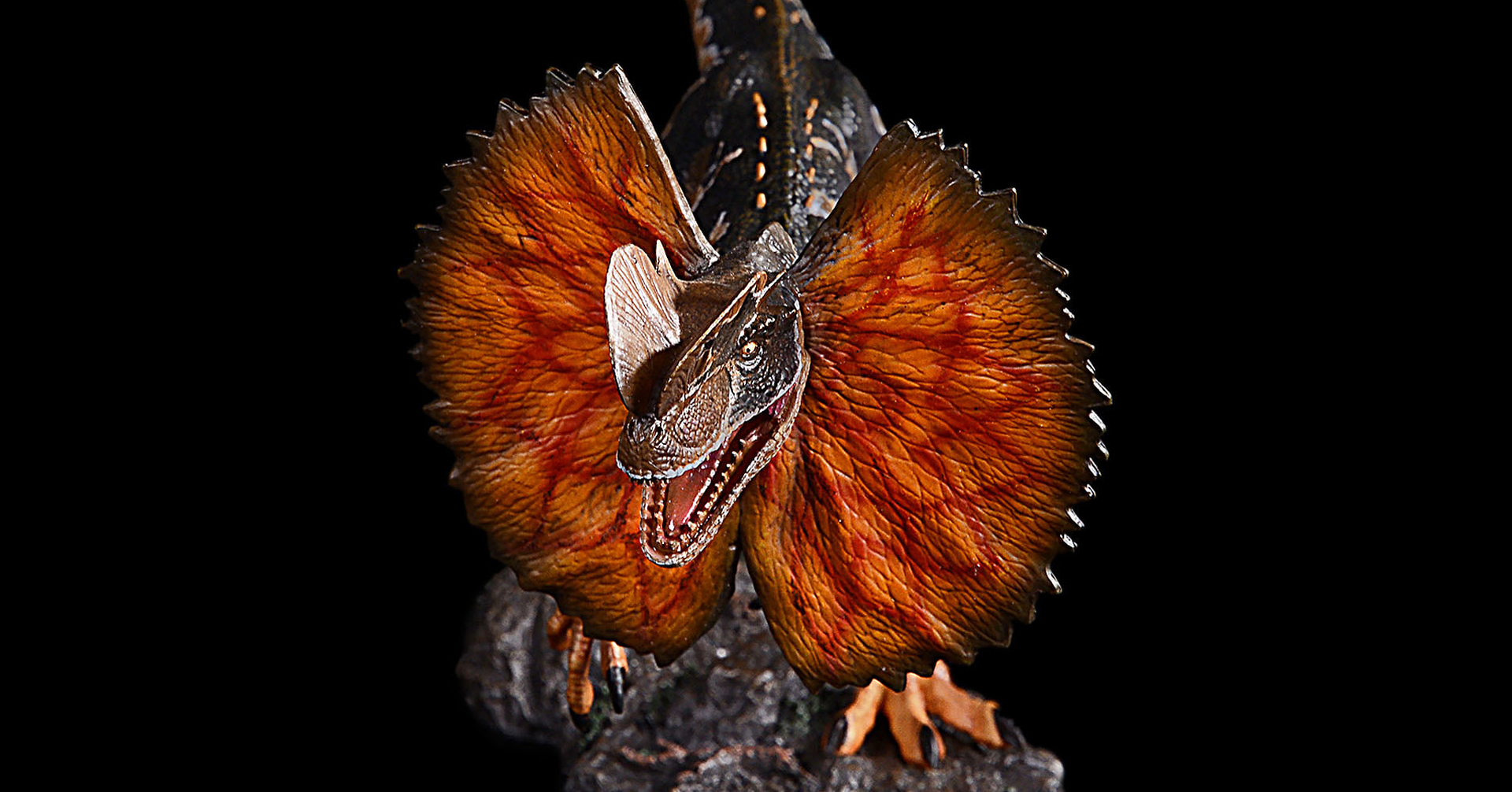 ITOY shows the first images of his “Dilophosaurus” sinensis, actually a copy of the animal that appears in Jurassic Park, complete with crests of chlamydosaurus skin, and quite far from the real Dilophosaurus. Due to the shape of the crests, it has been approached by many fans to the Chinese rather than the American species (the quotes are because we don’t know if “D.” sinensis is actually a Dilophosaurus), but it must be specified that “D.” sinensis would be different from this representation. Either way, it looks like a pretty neat version of the movie’s animal and is sure to be an object of interest to fans. Among other things, it is a significant step forward compared to the previous version.