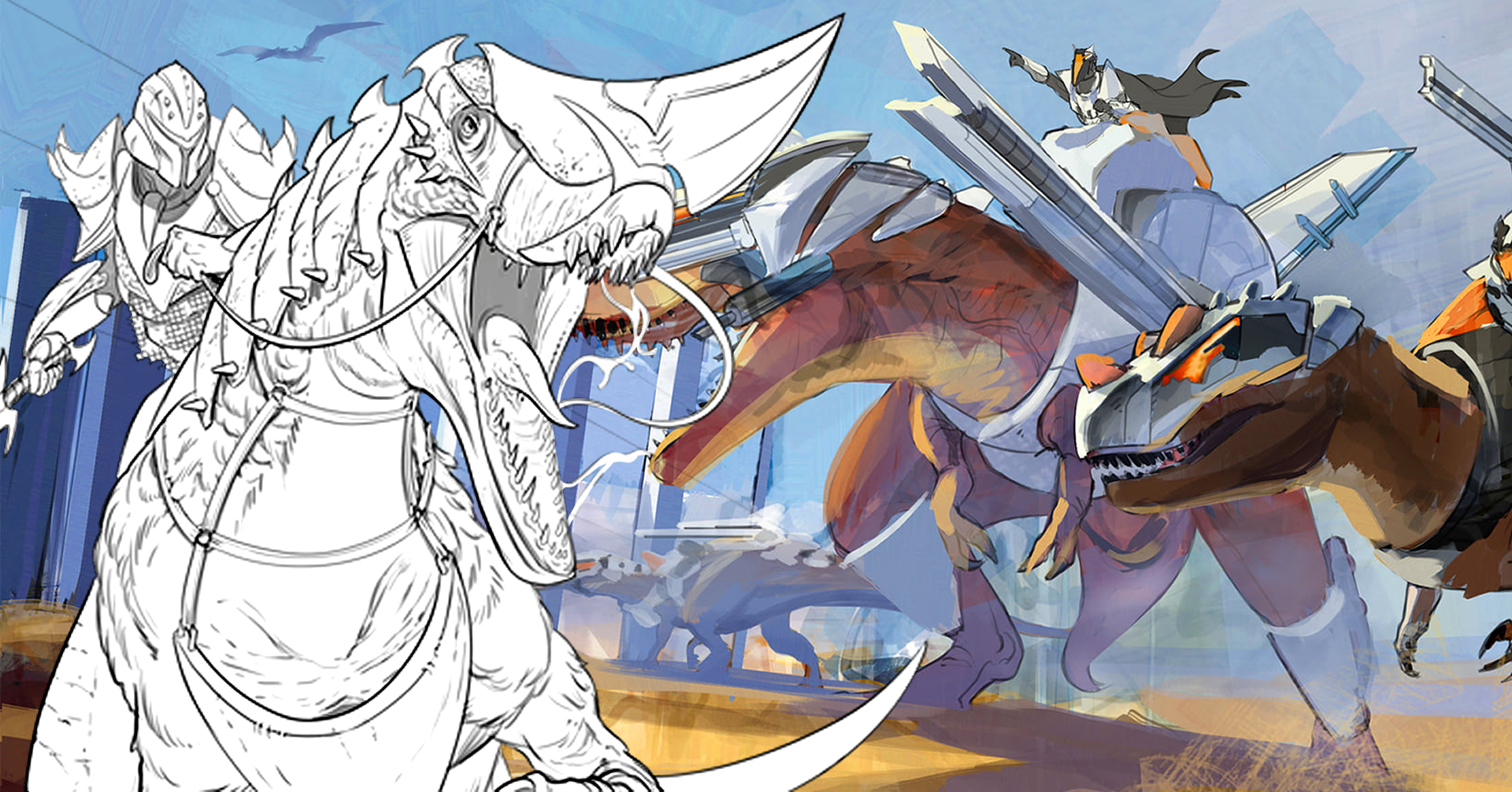 David Silva has finally explained what the Cyberzoic project is all about, after anticipating some details during the campaign for the Tyrannosaur Series, as well as in our interview: it is a science-fiction scenario in which humanity lands on a remote planet dominated by dragons, and to oppose them brings the dinosaurs back to life through technology. Human nature being what it is, however, the survivors of this distant future will soon find themselves fighting not only against dragons but, divided into rival clans, even among themselves. The two concept arts released by Silva portray the main clan of the story called Tecnologists, one of the five human clans.

Some information on the line was then released:

Silva has also released a list of the animals that will make up the initial roster, with the possibility of adding others (with a mention to hadrosaurs, ankylosaurs, spinosaurs and sauropods) later.