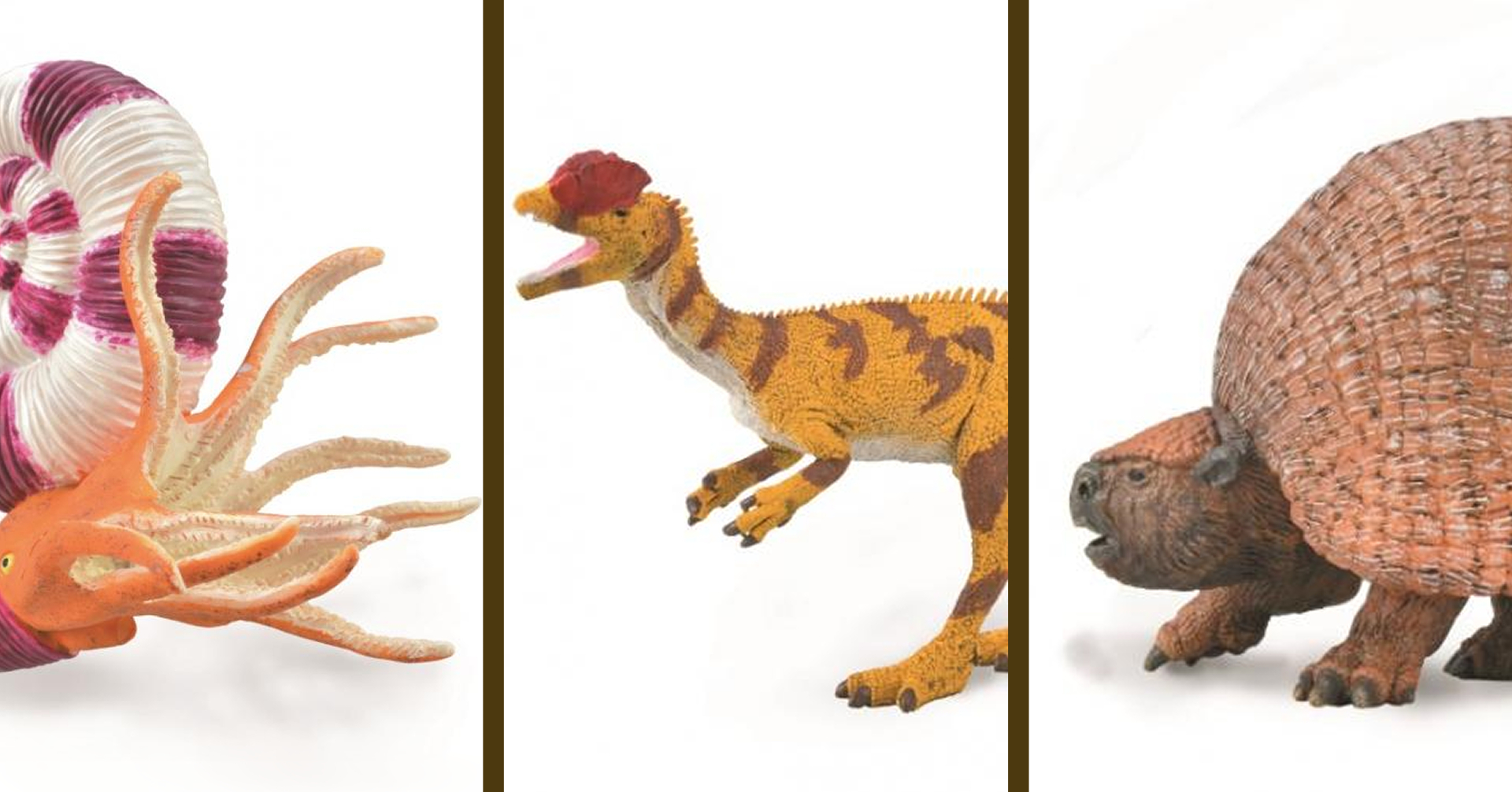 As usual for the last week of November, Everything Dinosaur reveals the latest products of the CollectA 2021 line!

The first is a 1:20 scale Doedicurus. This prehistoric mammal, initially identified as Glyptodon, has been a separate genus since 1874. The caudal mace has shorter spikes than the usual representations.

The success of marine invertebrates in 2020 prompted CollectA to create another type of ammonite, Pravitoceras.

Finally, as has become tradition, CollectA anticipates everyone and creates the first Dilophosaurus based on the new studies, which see it as a more robust animal and a more elaborate crest! Although we await further confirmation, it seems to be among the few Deluxe models without jaw joint and someone will have already noticed that the choice of colors is very reminiscent of the Dilophosaurus of the Jurassic Park book.

Another year full of surprises from CollectA!