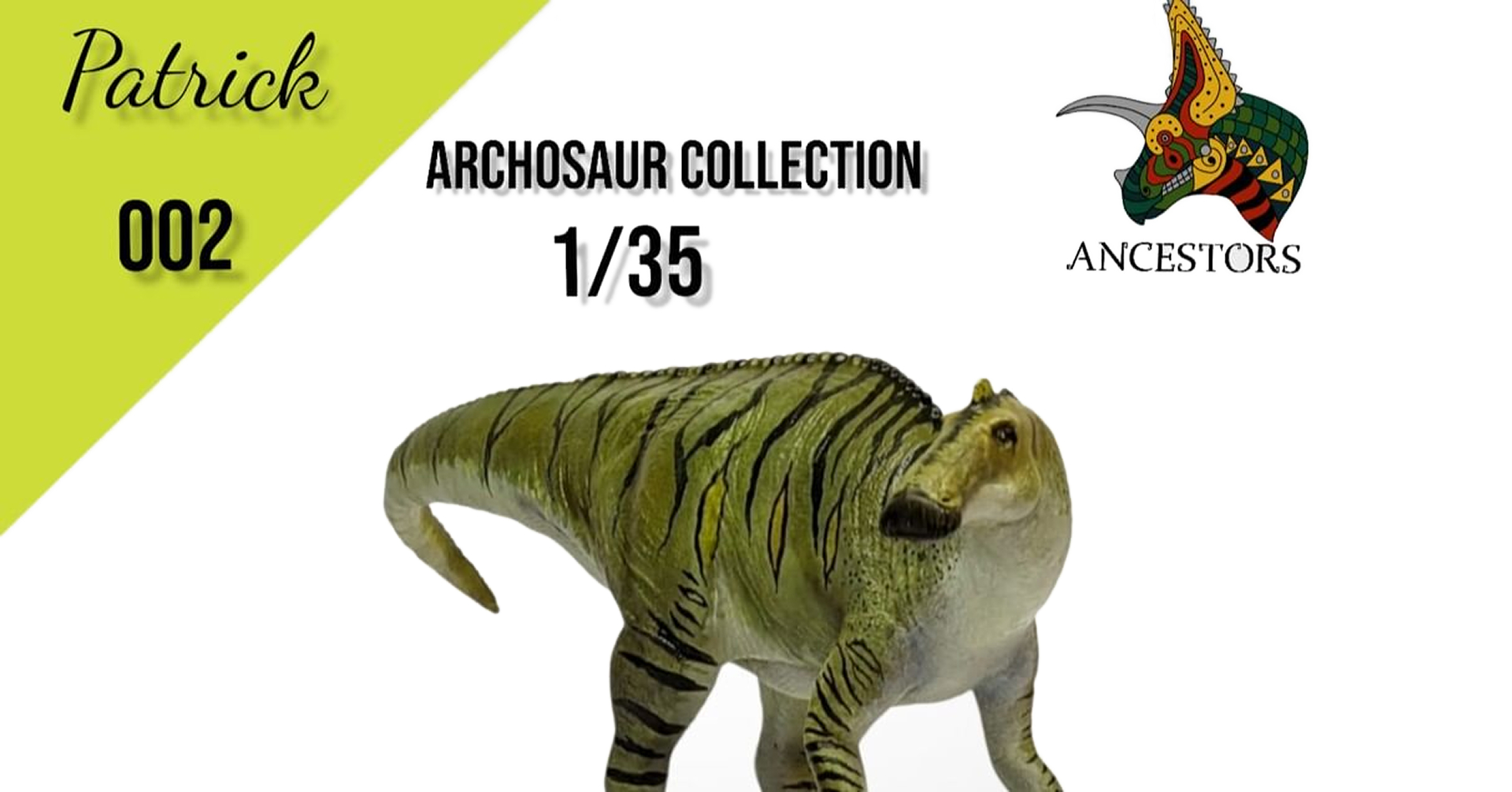 ANCESTORS is a new independent company that is producing limited-edition prehistoric models, both accurate and inspired by pop culture. They released an accurate Mosasaurus last year, and a pre-sale is currently going on until the end of February for Edmontosaurus annectens. It’s worth mentioning that it’s a very interesting choice, mainly because the species that usually gets the spotlight is E. regalis, which is often marketed as a great companion for Tyrannosaurus rex even if, unlike E. annectens, it doesn’t belong to Hell Creek Formation and therefore didn’t coexist with T.rex.

The model includes speculative tissues based on the “mummified” E. regalis, such as the head comb, with the idea that E. Annectens could have had them too, and it’s meant to be in scale with other 1/35 figures.
The color scheme is inspired by the Anatotitan from Walking with Dinosaurs.

This model is part of the ANCESTORS Archosaur line and includes the head of the hadrosaur Velafrons. Subsequent releases will include more pieces of this dinosaur so that one can complete it.

The company’s main page/contact is Instagram.
You can order the figures from THE GUANLONG STORE on Facebook.

If the pre-sale is successful, shipments could hopefully go out before the end of February.