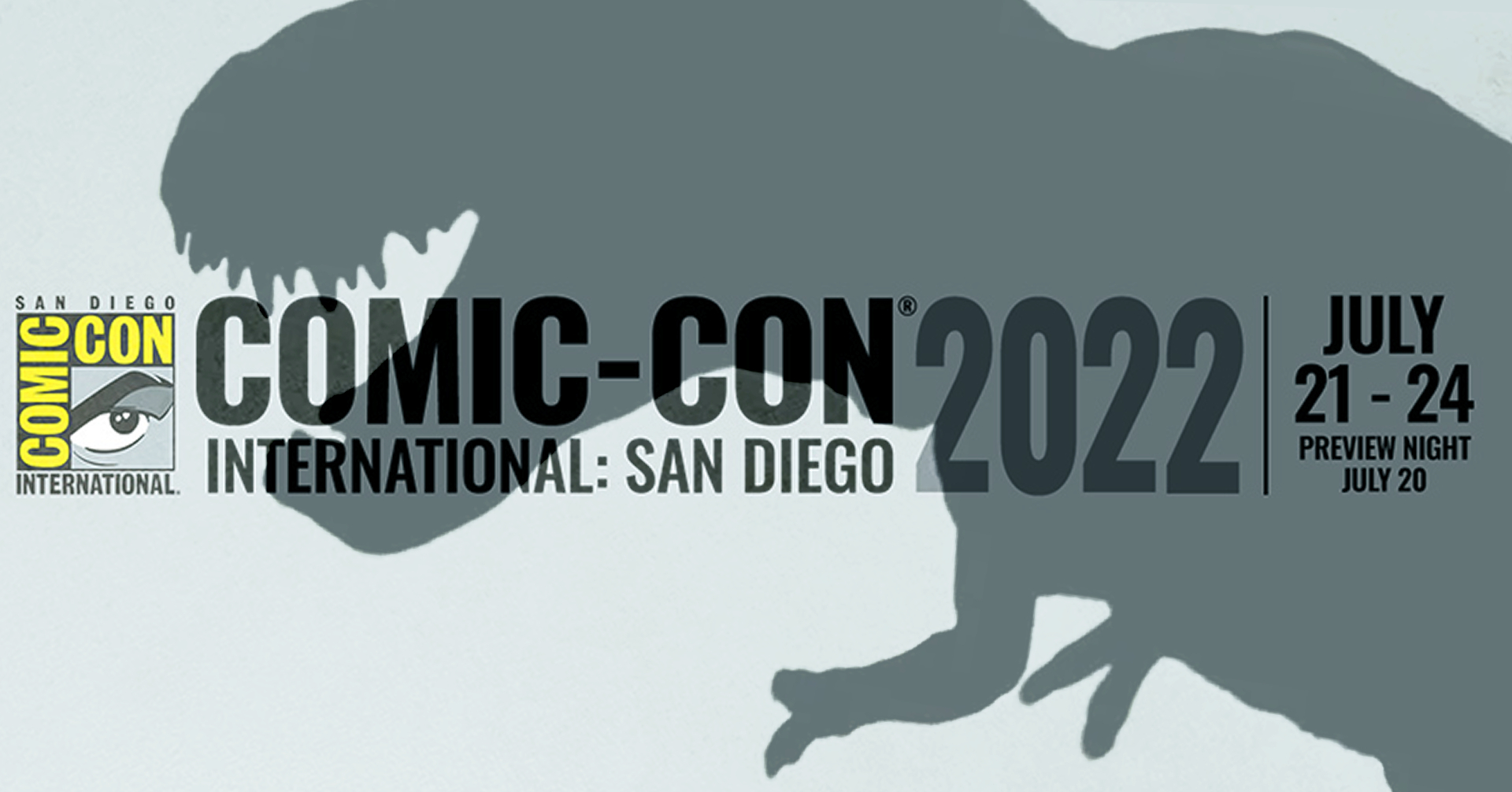 this year’s recently concluded San Diego Comic-Con was full of events and surprises. Walking around the convention it was easy to find prehistoric-themed products, so we decided to gather some galleries and select the more paleonerdistic images.

JAZWARES: inflatable costumes of SPIDER-REX and VENOMOSAURUS
Marvel’s Edge of Spider-Verse # 1 comic will see the debut of Spider-Rex, a Tyrannosaurus with spider powers from another universe. Among the first merchandise products, an inflatable costume like the one that has now become a meme could not be missing. In addition to Spider-Rex, a dinosaur version of Venom called Venomosaurus was also shown.
Source: Toyshiz

NECA: Teenage Mutant Ninja Turtles (Mirage) – TRICERATON
Triceratons are an alien race from the Ninja Turtle universe that resembles anthropomorphic triceratops. After making versions inspired by the cartoon of the 80s, an action figure inspired by the Mirage comics was shown.
Source: Toyark

BOSS FIGHT STUDIO: Saurozoic Warriors
Saurozoic Warriors is a line of anthropomorphic dinosaurs in the style of 80s / 90s toys, with a modern sculpt. From left to right, the characters are Triax Skiver, Marr Ossis, Range Brakhion, and the Ceratopsian Guard.
Source: Toyark

CREATIVE BEAST STUDIO: Cyberzoic & Beasts of the Mesozoic
David Silva showed the first unpainted prototypes of the Cyberzoic Series, Achillobator and Utahraptor with their respective armor and riders, and the arctic dragon. For those attending the convention, it was also possible to admire the T. rex on the 1/18 and 1/35 scale, as well as the Velociraptor and the two species of Protoceratops (P. andrewsi and P. hellenikorhinus) in 1/18 scale.
Source: Toyark

MATTEL: JURASSIC WORLD panel & booth
Mattel unveiled many new features for the Jurassic World toy series, showing the first images of the Dino Tracker line: we find little-known genera such as Dryptosaurus, Gigantspinosaurus, and Xuanhanosaurus, along with the long-awaited Elasmosaurus.
Two new entries from the Hammond Collection were also shown: Dilophosaurus and Ellie Sattler.
Walking around the booth you could admire various dioramas, buy the set with Donald Gennaro and take a picture on the lawyer’s “throne”!
Sources: ActionFigureInsider, Collect Jurassic, SamanthaJo28

ELITE CREATURE COLLECTIBLES: TYRANNOSAURUS REX 1/12 (W/ STAN WINSTON STUDIO)
Passed a little ‘quietly, Comic-Con also featured this impressive statue of the Tyrannosaurus rex from Jurassic Park, created by Elite Creature Collectibles in collaboration with the legendary stan Winston Studio and which replicates the appearance of the famous maquette used during the production of the film.