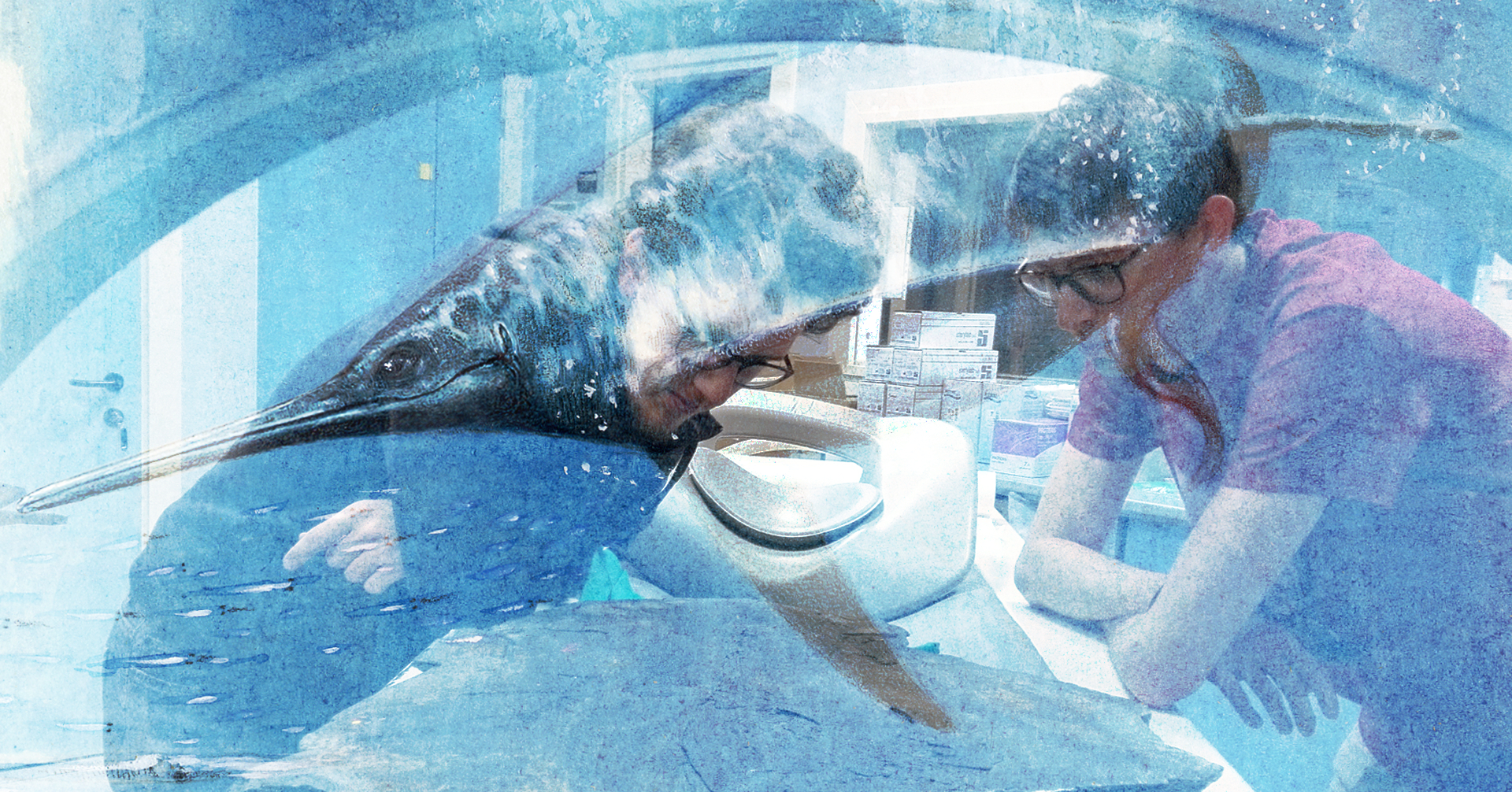 About ten days ago a new study was published that has Besanosaurus leptorhynchus as its protagonist, the ichthyosaur found in the Varese area, described in 1996 by Dal Sasso and Pinna, preserved and exhibited at the Milan museum.

The title of the new study, paraphrasing from English, is approximately the following: “Anatomy of the skull of Besanosaurus leptorhynchus (instituted by) Dal Sasso and Pinna in 1996 (Reptilia: Ichthyosauria), coming from the Besano Formation, dated to the Middle Triassic and outcropping on Monte San Giorgio, on the border between Italy and Switzerland: taxonomic and paleobiological implications ”.

A long title, perhaps a little threatening, but which suits (I’m super partes, I swear) the amount of topics covered and the detailed descriptions included in the study. But let’s go in order.

As we said, the first specimen of Besanosaurus leptorhynchus, the only one formally known at the time, was found in Besano (Va) in the early 90s and described in a preliminary way 25 years ago. Today there was a lack of an in-depth study, which took into account the discoveries related to the world of ichthyosaurs that have occurred in the last 30 years. Or at least, the specialists missed it 😅 And this is the reason that prompted us to embark on the project that involves the complete redescription of the species. This decision is largely justified by the partly unexpected results of the work we want to comment on in this article and which in any case only concerns the study of the skull of this animal (More is yet to come!).

In the new study, dated a few days ago, the anatomy of the skull of this animal is reviewed and 5 new specimens are assigned to the species, four of which had never been described before. All the new specimens included in the study come from the Middle Triassic outcrops of Monte San Giorgio, from different fossil sites of the Besano Formation, between Italy and Switzerland. They are dated to about 241 million years ago.

The discovery of each of these specimens also dates back to several decades ago (in a couple of cases perhaps even a century ago). Not that their existence was not known. In fact, two of these are exhibited at the Paleontological Museum of the University of Zurich, one is kept in the collections of the same museum, one is kept in Tübingen and finally the sixth “rediscovered” specimen was kept in the collections of the Natural History Museum in Milan. These specimens had never been analyzed in detail and therefore, until before our work, they were only assigned to the group of Shastasaurids (the group of Ichthyosaurs to which Besanosaurus also belongs).

Among the elements that best define Besanosaurus leptorhynchus, what immediately catches the eye is a very pushed longirostria (= very thin and elongated snout). This feature has evolved by convergence in phylogenetically even very distant groups of vertebrates. We think, for example, of dolphins (the pink river dolphin in particular), gharials, or some pliosaurs, teleosaurs, or some extinct and non-extinct fishing birds. This particular morphology of the rostrum is always associated with a diet composed of small prey, such as fish and soft-shelled cephalopods. To accompany the whole we have very often (and so also in Besanosaurus) a series of very small and numerous conical and pointed teeth. Furthermore, the anatomy of the mandible, in particular some highly developed elements near the joint with the rest of the skull, led us to hypothesize that this animal was endowed with a particular musculature that allowed it to open and close its mouth with great speed.

In the work we also proposed an updated phylogenetic analysis of ichthyosaurs and related species. The result suggests that Besanosaurus is the first and oldest of all shastasaurids. However, it is not clear whether this group is monophyletic or paraphyletic (more likely this second case).

Another important result is related to the estimate of the size of the animal. The six specimens studied represent six different ontogenetic phases (ie six animals of different ages and sizes). The smallest Besanosaurus measures just over 2 meters, while the largest reaches nearly 8 meters.

Besanosaurus’ large size is almost certainly related to its diet and ecology. Hunting small prey means being able to forage at the bottom of the food pyramid. This also means having a large number of prey available. All this, associated with an innovative fishing technique, probably allowed Besanosaurus to reach large dimensions in the course of evolution. And I say innovative, yes because Besanosaurus is in fact the first large marine diapsid to show this type of specialization and to occupy this ecological niche in the course of the history of life on earth. A modern fishing technique in a primitive ecological context. This type of specialization probably also served to maintain low levels of competition between ichthyosaurs of the same species. In this regard, we recall that Mixosaurus (a small ichthyosaur, maximum 2 m long) and Cymbospondylus (a large predator, perhaps more generalist than Besanosaurus) also swam in the “Besano sea”.