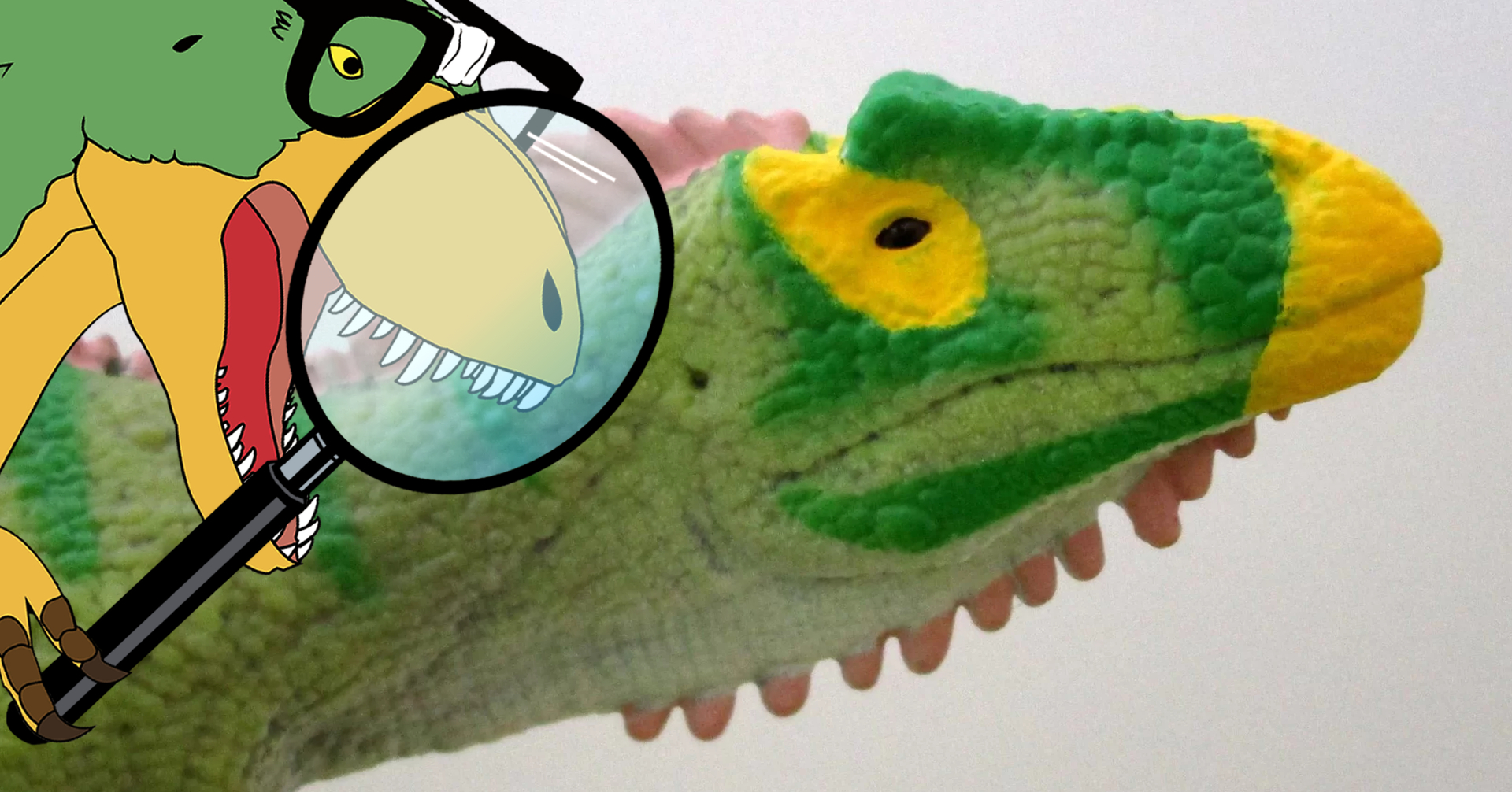 Neovenator salerii is a medium-sized theropod from the English Barremmian (early Cretaceous), contemporary with famous species such as Baryonyx and Iguanodon. Long classified as Allosauridae, in recent years it has stably finished among the most basal Carcharodontosauridae. It has never enjoyed the same fame as its neighbors or bigger relatives and, with the exception of a forgettable previous attempt by Collecta and a good but difficult to find reconstruction by Favorite co. Ltd, has never been depicted as a model. Let’s see how Collecta fared with this new version.

For a Carcharodontosauridae, Neovenator is not even that incomplete and the remains we possess are very well preserved and three-dimensional; it’s just a pity that some of the “pieces” that could help better characterize a reconstruction are missing. Since we are forced to use phylogenetic inference (that is, to reconstruct it based on the closest taxa), the result is inevitably rather trivial. We possess, for example, the anterior portion of the muzzle and an almost complete jaw: from these partial remains, Collecta seems to have done a good job: the angle of the premaxillary and nasal bones and the ratio between height and length of the muzzle is practically correct. all we can say for sure. The rest of the skull is a plausible speculation: the only detail I would have changed are the lacrimal crests, which are more reminiscent of Allosaurus by extension than those seen in the complete skulls of other basal Carcharodontosauridae such as Acrocanthosaurus and Concavenator. For the rest, it shows the typical “hatchet” profile of the Carcharodontosauridae skulls. A 2017 paper (Barker et al.) Revealed the presence of a complex network of neurovascular channels in the premaxillary and maxilla of Neovenator, similar to that identified in other theropods, such as spinosaurids. Given the ecological niche of terrestrial predator of this genus, it is not exactly clear what function they had, however – for the purposes of the reconstruction under consideration – the British paleontologist Darren Naish states that these correlates support the presence of some kind of cover on the muzzle of the living animal, what are commonly referred to as lips. Obviously we must not think of the lips of a mammal: they would be structures similar to those of lacertids and therefore immobile. However we can see that Collecta has faithfully reported them in their model.

The rest of the anatomy of the Neovenator Collecta is congruent with what would be expected from a basal carcharodontosauridae: the neck and spine are almost complete and the length appears to have been respected. The lower limbs are longer than in other forms belonging to this family, but this may be due to a combination of phylogenetic position and reduced size compared to later carcharodontosauridae. The skin is composed of semicircular scales, which become square moving towards the lower side. They are much larger than the size of known theropod footprints to scale, and this is probably an artistic license to make the model more interesting. Another artistic license is the row of horny spines that runs along the back and throat of the model: we have no evidence of similar structures among the theropods – to be honest, the closest relative equipped with spines of the genus is a Diplodocidae – and also here is an artifice to characterize the Neovenator Collecta. The sculpture of the thorns appears rather coarse compared to those of other Collecta theropods, such as Metriacanthosaurus, and on the back they are represented as a single crest welded together, without spaces between one thorn and the other. On the throat, on the other hand, they are separated, but the sculpture is still rather coarse. It is not very noticeable, given the size of the model, and I would not have pointed this out if we did not have the evidence – the aforementioned Metriacanthosaurus – that Collecta can do much better.

Moving towards the hind limb, we encounter the real problem of this model: recently Collecta has abandoned the bases that until a few years ago stabilized their bipedal animals. To make them stand, it is therefore forced to increase the size of the foot disproportionately compared to the real animal. This obviously increases the playability of the model, being detached from a base that can be unsightly, but goes to the detriment of the anatomy. It is even more noticeable because, unlike other brands that adopt this expedient – Papo, for example – the enlargement of the foot does not correspond to an equivalent strengthening of the hind limb: the Collecta theropods have always suffered from relatively little muscular hind limbs and with these zampone the defect is even more noticeable. As I said, the entire caudofemoral area – that is the thigh and the base of the tail – is too slender, when the muscle in question is the largest in current reptiles and has the task of providing the propulsive thrust to the animal. Sin. Except for the appearance of the musculature, however, the rest of the tail is not bad and stretches stiff as one would expect for a Tetanurae.

This model is explicitly described as “Neovenator Scenting Prey” by Collecta. Although the process of raising the head to smell is perhaps a mammalian gesture and is practically the same position as the “Megalosaurus – In ambush”, this is still pleasing to the eye and lends itself to other interpretations: for example, following the flight. of a pterosaur. Ultimately, the Neovenator Collecta is an appreciable model, however, especially for the price at which it is offered. If you are willing to overlook the defects I have listed you will find yourself with a reproduction of a European theropod that has only rarely been made, and at a low cost.