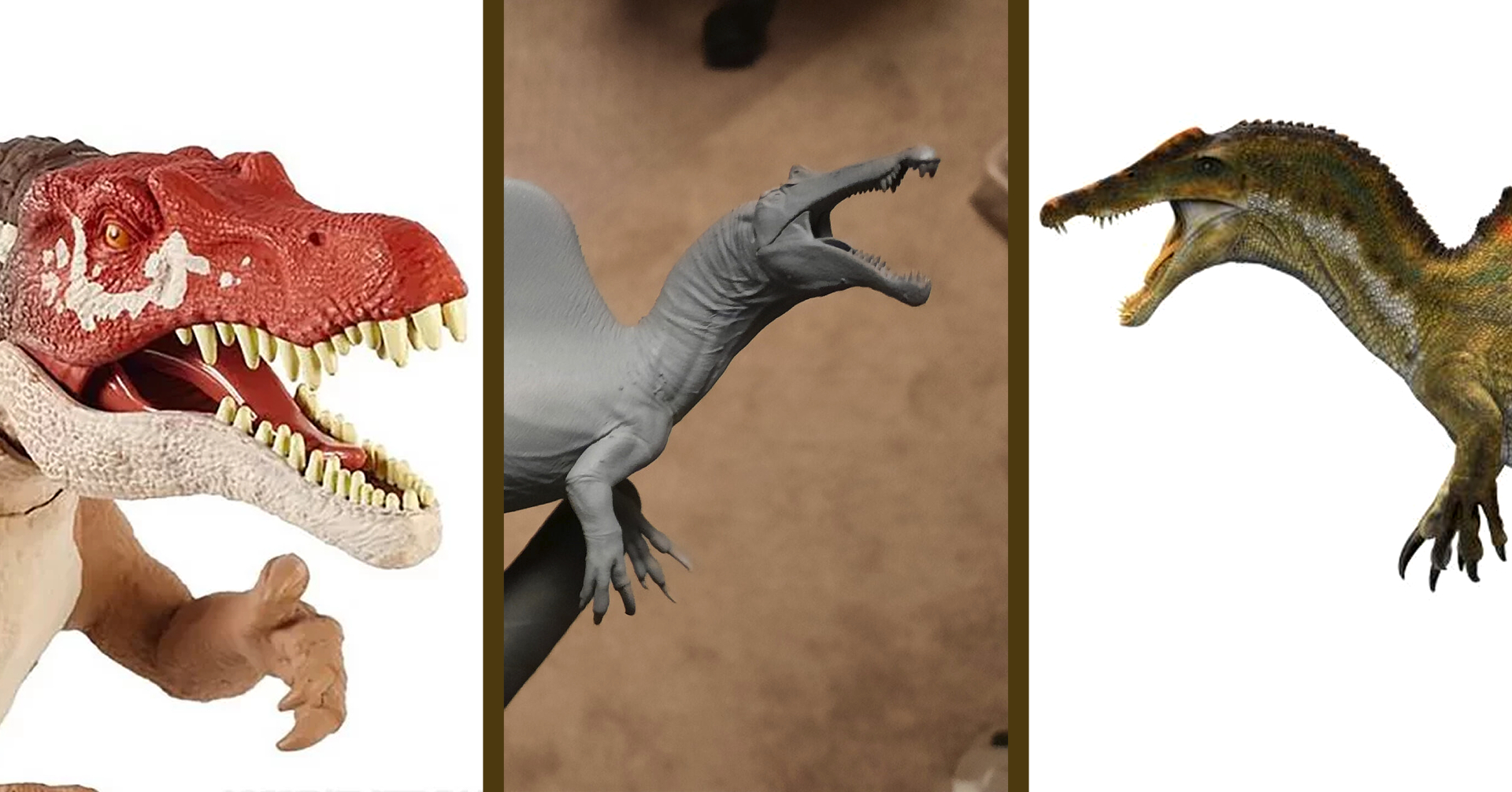 2019 was called “The Year of the Spinosaurus” for the amount of figures (including versions based on the 2014 reconstruction and others inspired by Jurassic Park) placed on the market, then 2020 saw another boom among new discoveries and the race to create updated models. For 2021, things are bound to change …

… NAAAH! For 2021 the Spinosaurus will still be the protagonist, with new toys and models that will ride its popularity among both paleontology enthusiasts and film fans.

A first model that seems very interesting is the one in preparation by Mesozoic Life, a paleoartistic project from Argentina. First of all for the scale used, 1:64, then for the refined style and for the choice of creating two Variants with sexual dimorphism.

At the moment only the colors of the male and the WIPs of the model have been shown on the site, which seems to be conceived with bipedal posture and will be provided as a base, but we can already notice the care in the realization, even more remarkable if you think about the actual size!

Speaking of bipedal Spinosaurus, we recall that Mesozoo was among the first to propose it at the beginning of 2020. The works continued throughout the year and have been witnessed by some stories on Instagram. Recently, Color Tests on the 3D Model have also been published.

A rather large image had been divided into three Posts and our curiosity was such as to induce us to reassemble it: here it is in all its glory! The premises are all there, we await other updates.

Fans of the Spinosaurus Filmic will be happy to know that, as revealed by Collect Jurassic, Mattel plans to release a second version of the toy released a while ago, with a color more similar to that seen in Jurassic Park /// (too bad that eyes are yellow and not green).

Many have appreciated the previous versions but have complained about the lack of availability in some countries. Sebra ce in this case will be easier to find in stores, other news that will please many collectors.

Definitely not, let’s get ready …