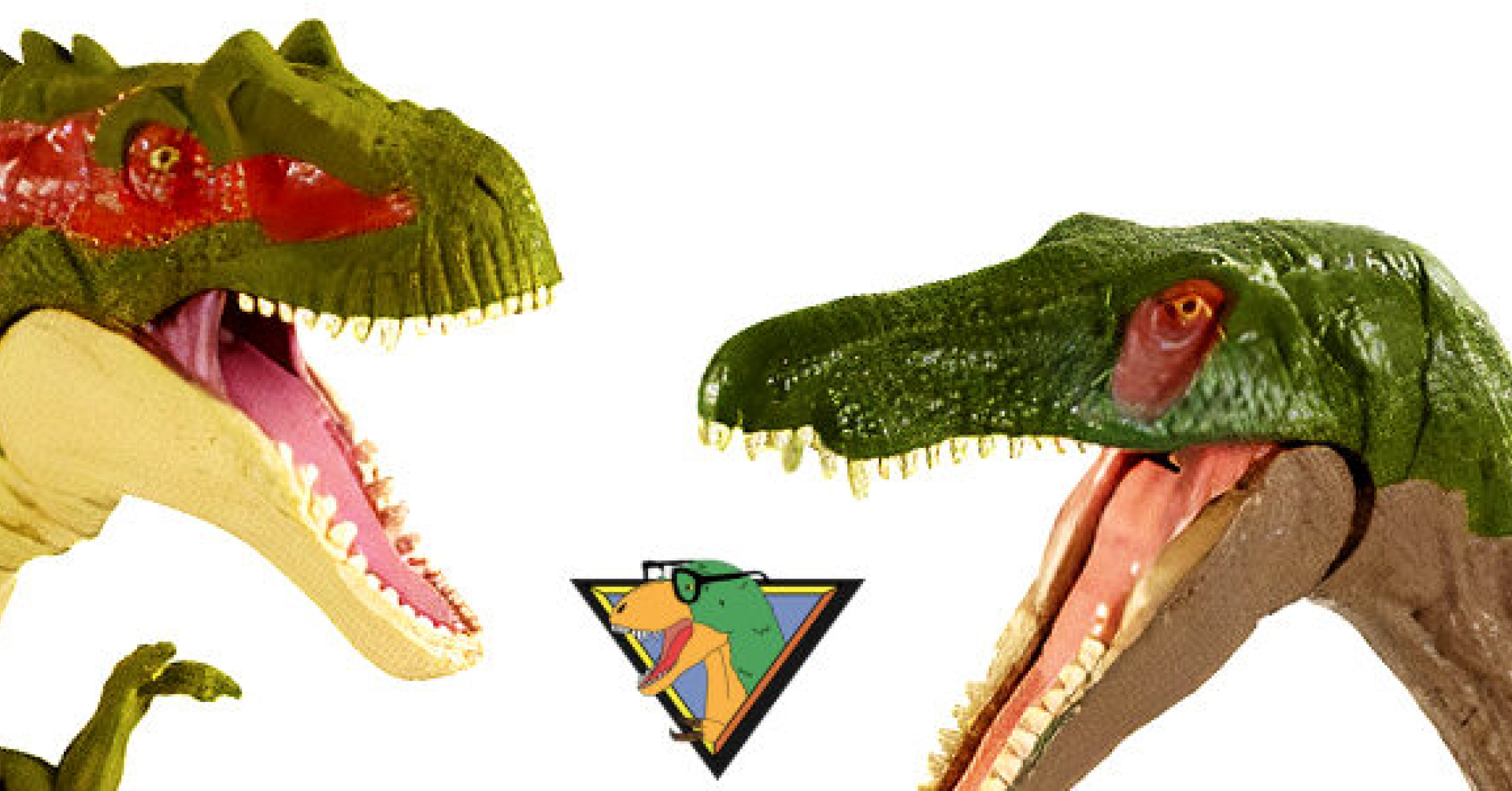 The images of some Mattel news for the Jurassic World and Camp Cretaceous lines are officially available online. Many of these were leaked during the 2019 NY Toy Fair, but Mattel itself asked for them to be removed as they were still pending approval.

If Triceratops and Pteranodon are limited to being Repaint of existing products, the real novelty of the line dedicated to the Netflix Show is the Baryonyx Grim, which is supposed to be part of a trio of Villain.
In addition to having a proper name and a dedicated Painting, the toy features the neck rotation mechanism seen in the other Sound Strike toys.

Also in this case a Repaint alternates, in the case of the Sarcosuchus, and a modified Sculpt, in the case of the Albertosaurus.
The latter, whose previous Battle Damage versions have suffered from limited distributions, may be more readily available and features the Bite Gimmick in place of the coverable wound.

What do you think of these new offers? Let us know in the comments!