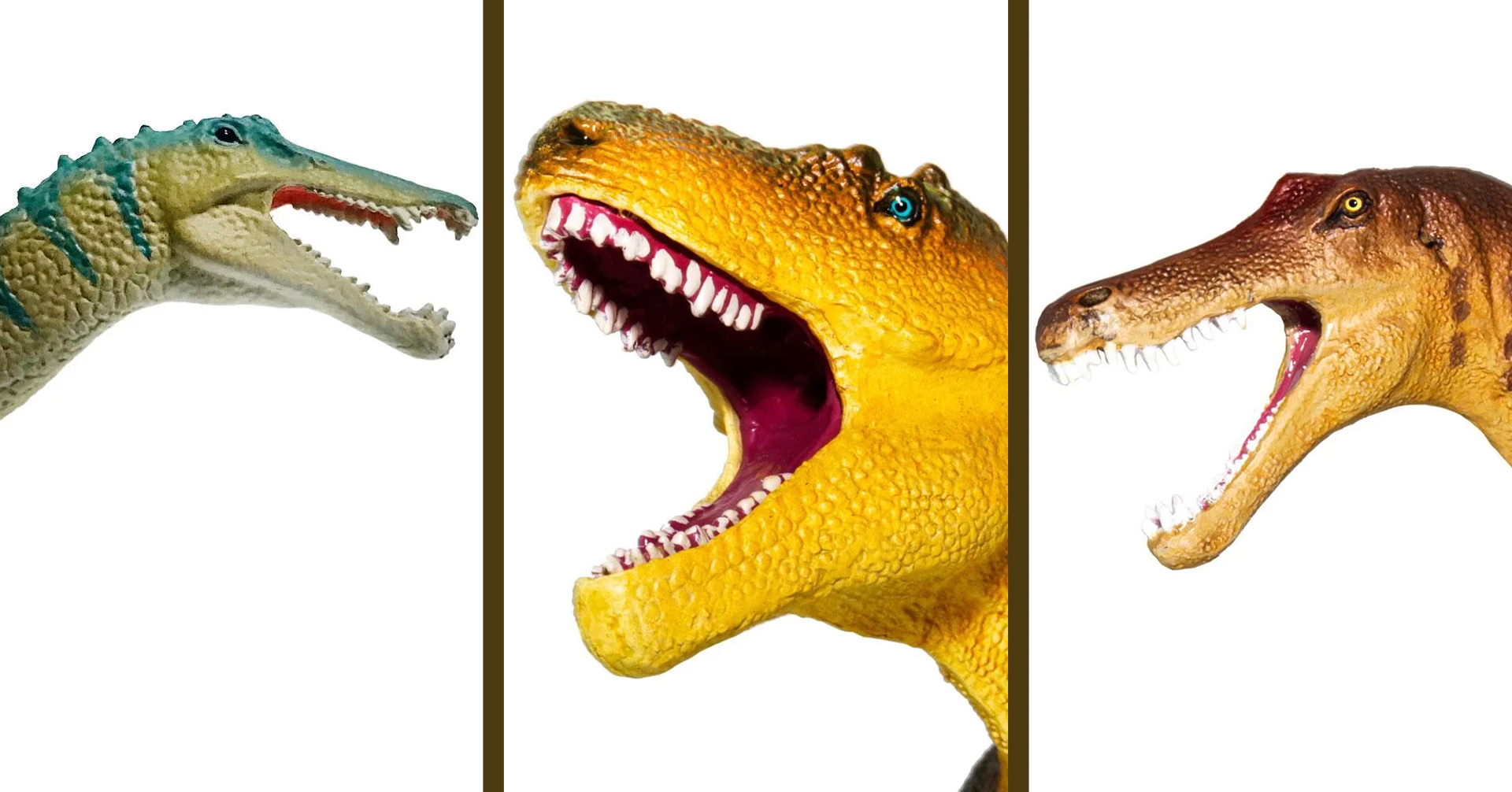 After a fairly long period of anticipations and various clues, the dinosaurs Safari Ltd. 2021 finally revealed!
Even if for the most attentive there will be no particular surprises on the species, the photos finally allow us to talk about it.

Let’s start with what was easier to assume from the first Teasers: the new Spinosaurus (which does not seem to be sculpted by Doug Watson), features the now famous “fin” tail that has pushed every company towards a race to update; the most evident primacy in this case is the bipedal gait, although we suspect that the right front paw will act as a third point of support.

Daspletosaurus exhibits the characteristics it is famous for, including ridges around its eyes and proportionately longer forelegs than those of Tyrannosaurus rex. Worthy of note is the way in which the Sculpt suggests the presence of lips, in contrast to the studies that caused so much sensation in the Paleontological community (Note by Mattyonyx: to tell the truth I like the idea, I have always thought that the discussed organs sensory resembles more to those of monitor lizards than to those of crocodiles).

We end with the Baryonyx: given the popularity of its appearance in Jurassic World, a re-edition of this animal was to be expected and, although it can only be established once seen in person, it appears as one, if not the best of the figures. currently available of this species. Doug Watson’s work, as well as on Daspletosaurus, is very recognizable and it will be interesting to understand why the nostrils are so far ahead on the rostrum.

And you, what do you think?