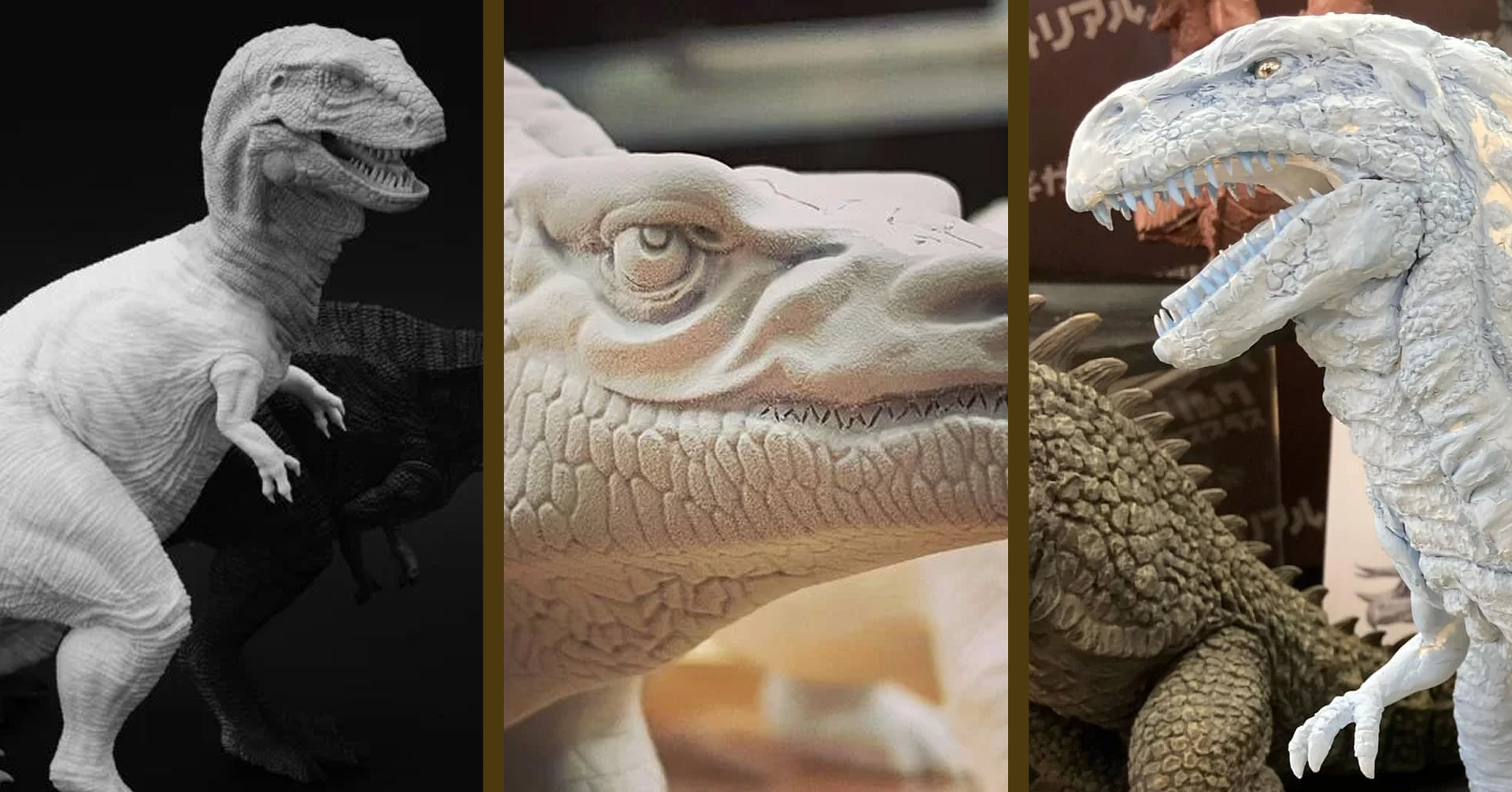 In recent times the flame seems to have reignited for Vintage representations of dinosaurs, quite understandable if you think about the fact that real toys and models of these creatures were never made at the time when many of those who watched the films and cartoons they were small.

Strengthened by this passion, the Mesozoica Team is carrying out its project to create a line of Vintage dinosaurs, based mostly on paleoillustrations and on the most classic films, with the fascination they still exert … Just see this Paint Test of their Parasaurolophus to rethink Disney’s Fantasia!

The Team has gone even further back in time and, in collaboration with Friends of Crystal Palace Dinosaurs, is making miniatures of the historic dinosaur statues of the English park. We had already seen something of the Iguanodon (in the interview here) and now comes the confirmation that the Megalosaurus is also in the works!

REBOR, a studio now known for its models based on various Pop Culture icons, is also approaching classical representations, with a Tyrannosaurus rex that seems to come out of the paintings of Charles R. Knight!

The body will be reused, with some different parts, to give life to an 80s version!

Promising a blast from the past is X-Plus, which has been behind incredible replicas of the Allosaurus and Triceratops from ‘A million years ago‘ for some time. During SuperFestival 84, in Japan, the company showed numerous replicas of Ray Harryhausen’s Stop-Motion creatures, including the painted Ceratosaurus, the Rhedosaurus (of which the Super Deformed version will also be available) and the legendary Gwangi! (Photo shared by T.A Bell on Facebook)

We are sure that these products will delight many!