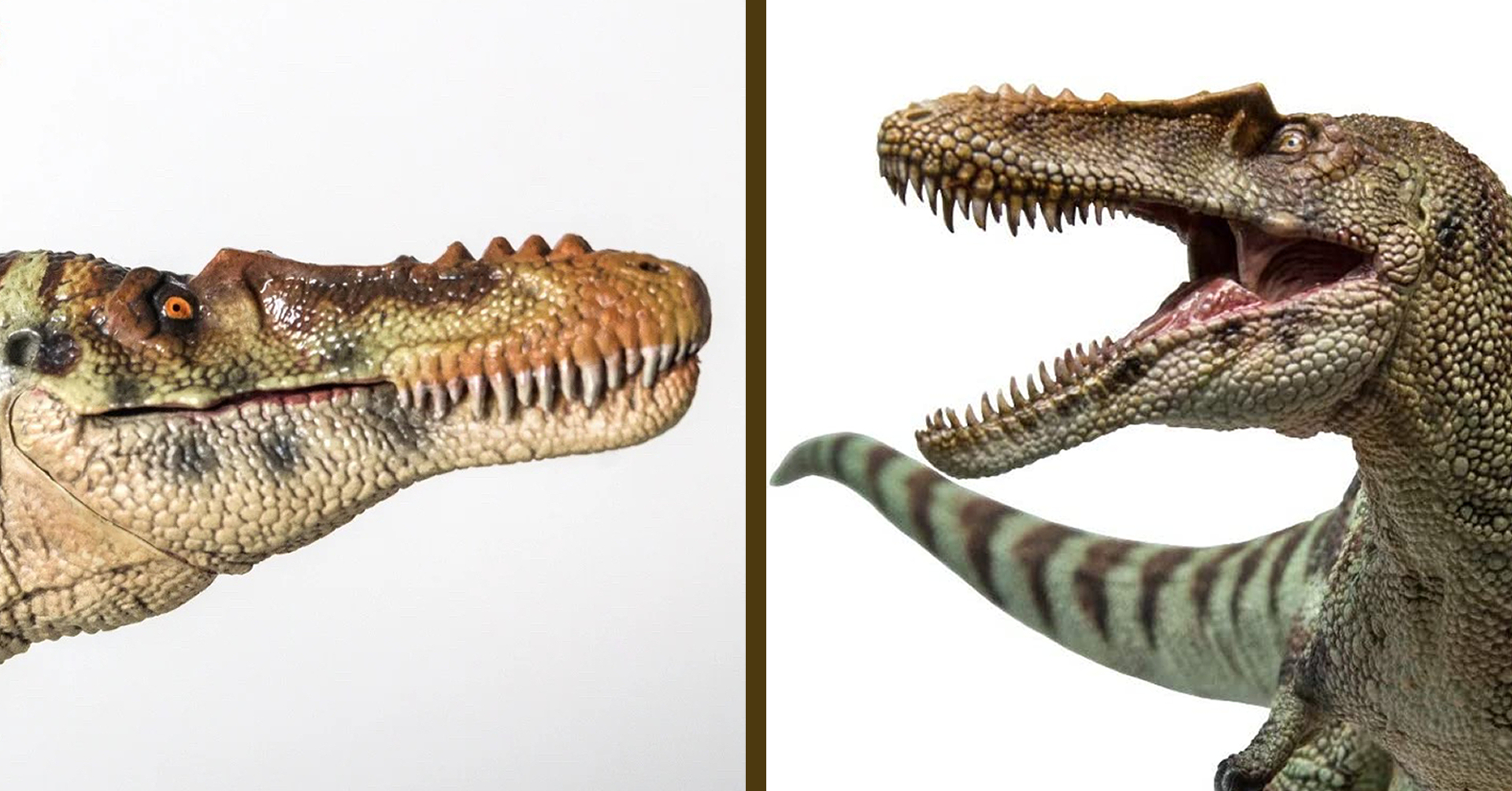 It had already been announced in recent days and here it is landed on Amazon and Aliexpress: Qianzhousaurus PNSO!

The Chinese tyrannosaurid, nicknamed “Pinocchio rex” for its elongated snout, takes on a terrifying appearance in this version, following the style of the Tyrannosaurus rex.

Just like the T. rex, this model will also be equipped with a transparent shaft: we have seen through various images that the T.rex is able to stand on its own, so it is logical to assume that in this case too the shaft serves as a support mostly as a precaution, perhaps on hot days or at the first signs of deformation of the legs.

Thanks to other images you can see the general appearance (scaled despite even the Silhouette of the Skeletal present feathers on the back and tail), the size compared to the T. rex and the functioning of the articulated jaw. PNSO continues to surprise us and threaten the wallets of many collectors!