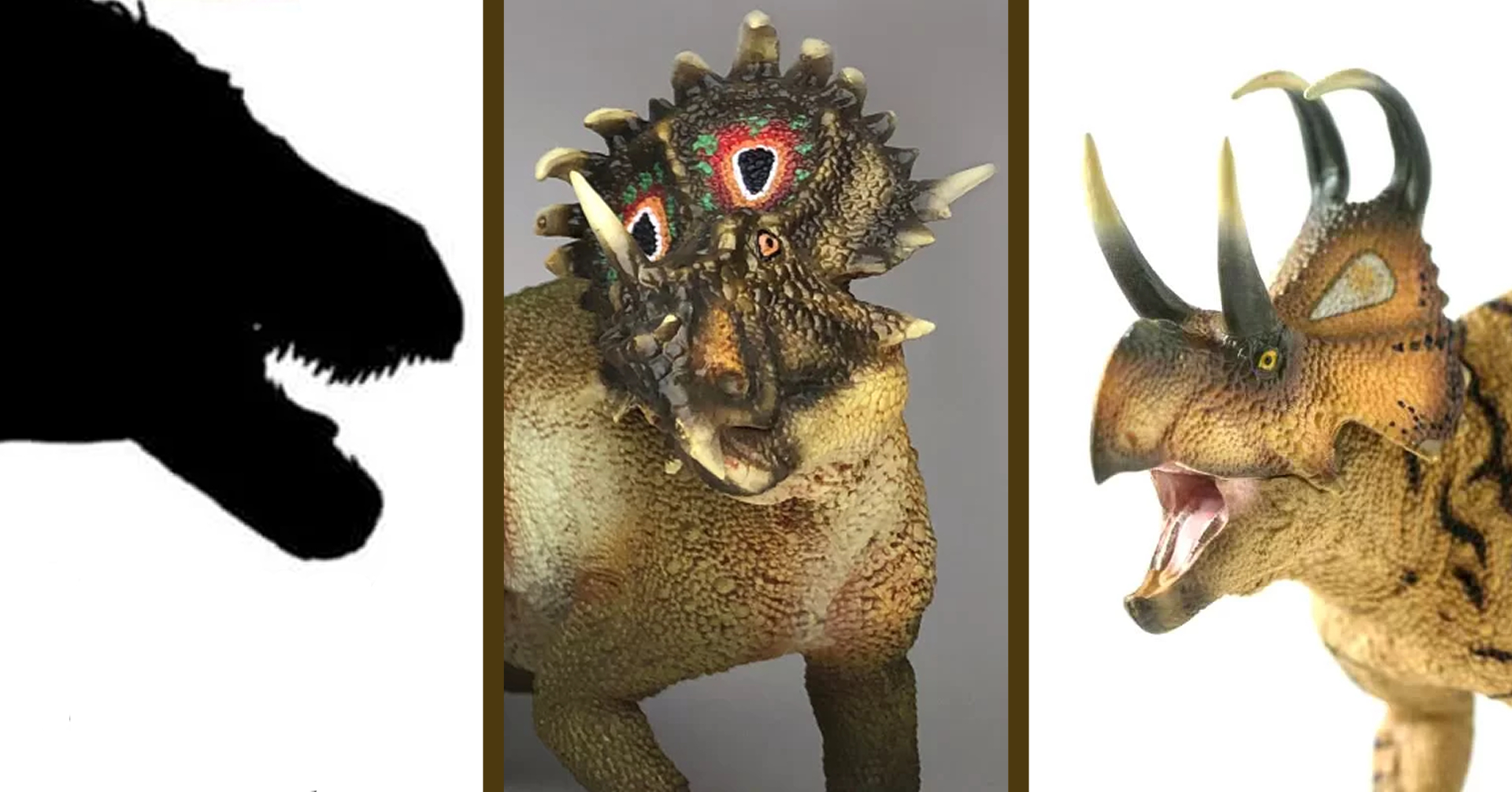 In these days the news has emerged that PNSO, already queen of 2020 with the dinosaurs released so far, intends to announce a new model a week until February!

The first novelty to emerge, even if not yet made available for purchase, is an Edmontonia, the third nodosaurid of 2020!

Later a series dedicated to 4 Ceratopdsidae was shown: Sinoceratops, Pachyrhinosaurus, Triceratops and Machairoceratops (or Diabloceratops, depending on the point of view)!

The Machairoceratops, which we can admire in the photos below, is already available for purchase on Amazon and Aliexpress!

And here’s the Sinoceratops, which will likely be available for purchase shortly.
UPDATE 3/12/2020: here are the Amazon and Aliexpresslinks, together with a comparison image with the Pachyrhinosaurus.

In addition, mysterious photos have appeared that seem to presage the arrival of a series dedicated to the fauna of Hell Creek …

Many have deduced that the models of the Black & White Posters are Pachycephalosaurus, Torosaurus and Qianzhousaurus, already somehow seen in various Leaks. The Tyrannosaurus rex is instead part of a series of illustrations created for the T. rex: The Ultimate Predator exhibition at the American Natural History Museum in New York and was then included in various PNSO books.
The Silhouette we see looks slightly different: the plumage extends over the entire back and seems to be present also on the front legs … according to some news that goes around the net, it seems to be the Chinese tyrannosaurid Zhuchengtyrannus, a choice that would be interesting to see. the inevitable coupled with Sinoceratops!

In conclusion, at the end of 2020, PNSO does not seem to want to stop! Which release are you waiting for more?