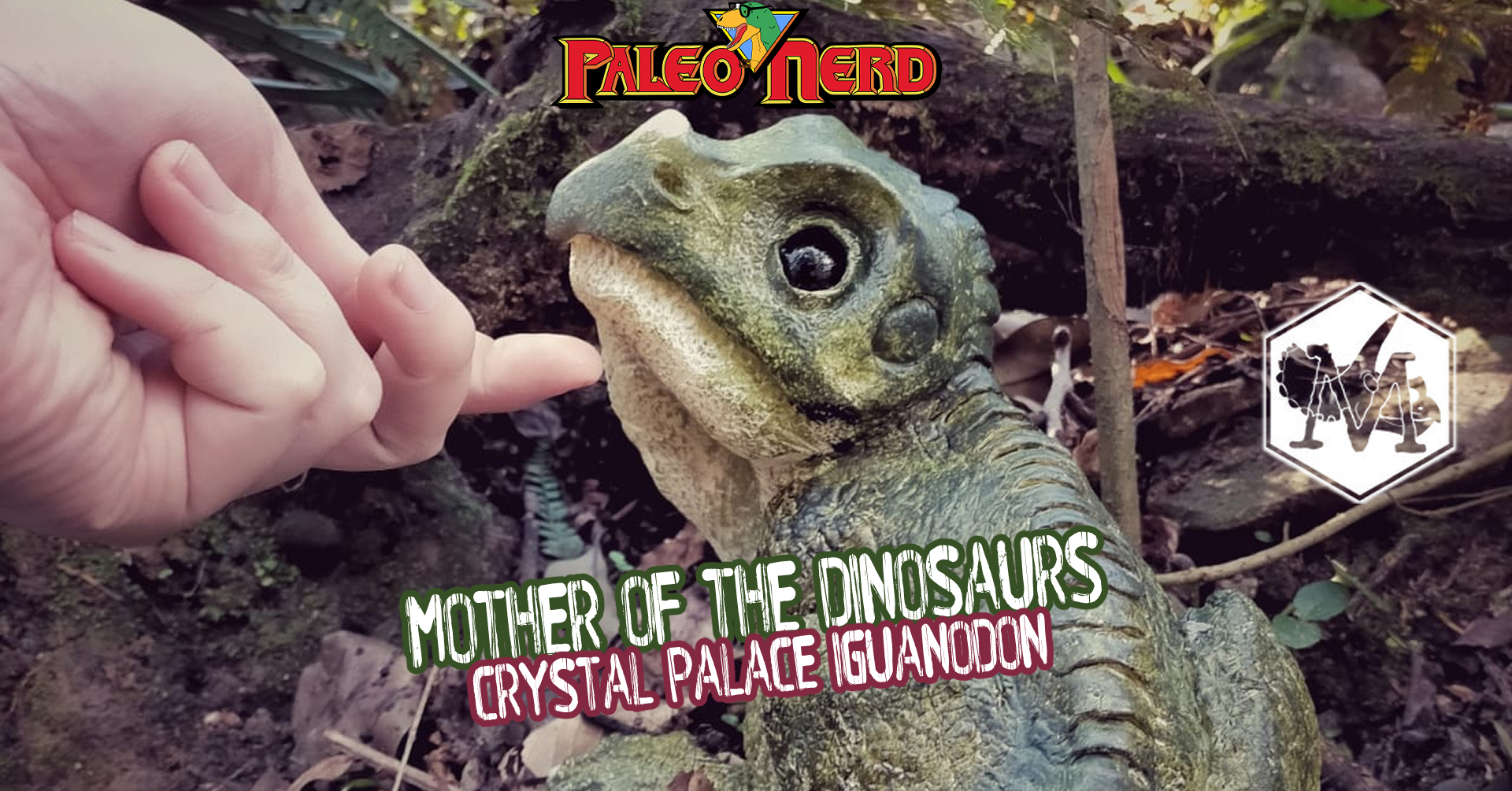 On Saturday 27 February we had the pleasure of interviewing Mariaelena Mariotti, otherwise known as motherofthedinosaurs, and before saying goodbye the sculptor shared her next puppy: the Iguanodon of the Crystal Palace!

During the Live we showed both one of the WIP photos you see above, and the finished model, unveiled by Mariaelena from her Studio. Now, exclusively for Paleo-Nerd, here is the official Gallery of the painted Iguanodon!

The statuette, made in the adorable style of the other puppies, takes up the oldest reconstruction of Iguanodon, different from the one we are now used to but with an incredible historical value. The essential characters, such as the horn and the disproportionate legs, are all there, and Mariaelena portrayed him as if he were awaiting the return of his mother.

As in the case of Mesozoica Store, Mariaelena also stated in both the interview and on Instagram her intent to raise funds to help the “Friends of Crystal Palace Dinosaurs” group preserve the park’s statues, so contact her to order one!