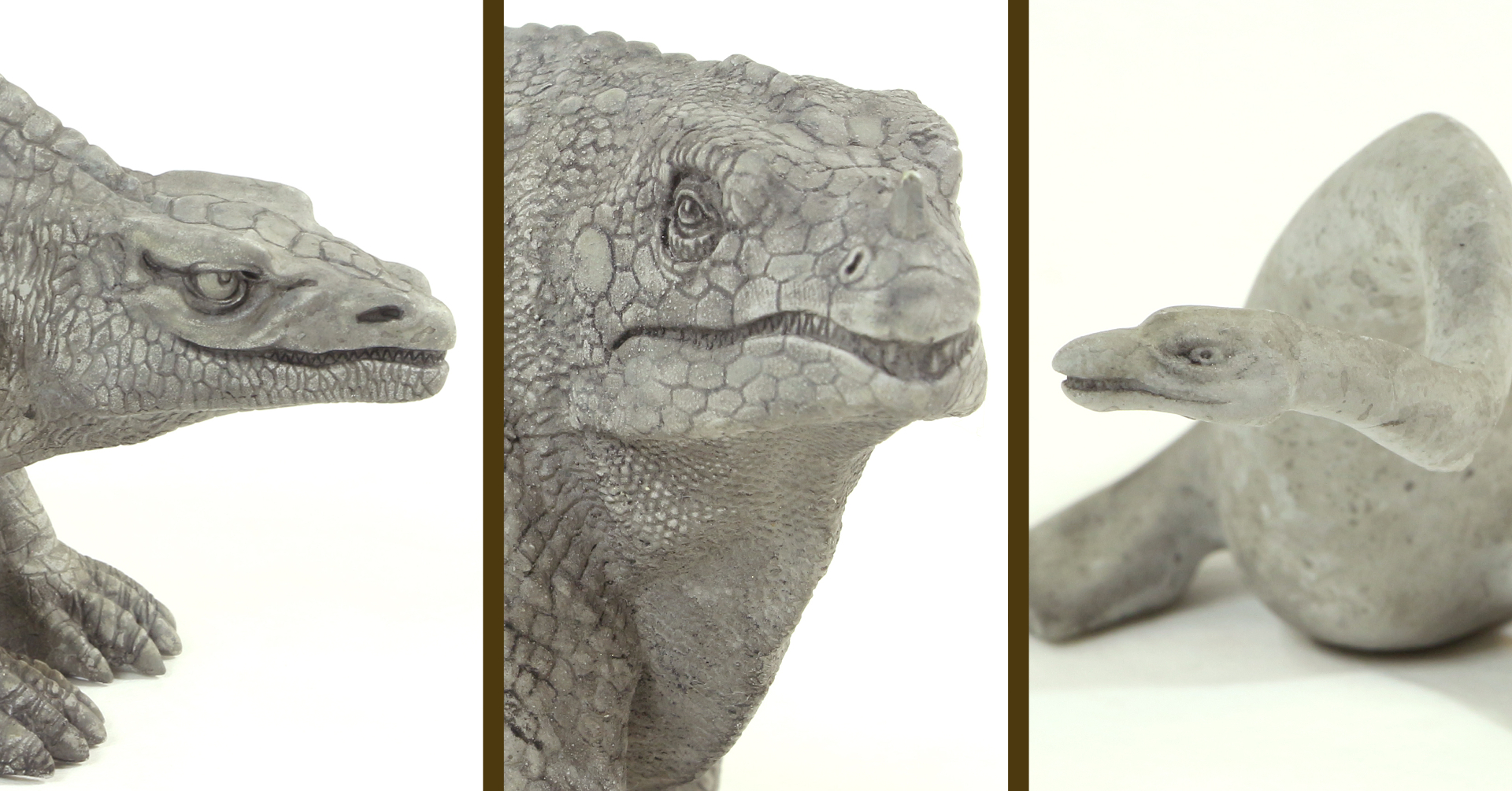 As you can imagine, the pandemic has unfortunately slowed down the production of models for which there was great anticipation, and it is good to see that these are finally reappearing.

After a few images and a long period of silence, Mesozoica Store shows the fruits of the collaboration with the group “Friends of Crystal Palace Dinosaurs”: a splendid box dedicated to the most famous statues of the London park!

As shown in a Video Teaser and in these images, the three statuettes will be contained inside, in turn inserted in dedicated containers, rich in Victorian-style decorations.

The box itself has an irresistible Vintage charm, and it’s hard to miss this edition’s other nice addition …

… It is in fact the reproduction of “Dinner in the Iguanodon model”, the drawing depicting the bizarre dinner organized on December 31, 1853 by park managers Benjamin Waterhouse-Hawkins and Richard Owen to create even more excitement around these statues!

The statues are made of Polystone and, as stated in our interview, they are in effect reduced versions of the giants in stone and concrete. The iguanodon was the first model shown long ago and digital modeling really did justice to this symbol of an early paleontology.

Megalosaurus was also anticipated, although we only saw part of the head. Seeing it like this, we feel a bit sad as we think back to last year’s vandalism. In this regard, we recall that the idea of ​​the Mesozoica Store was born with the aim of raising funds to help preserve the park’s statues.

The real surprise of the lot is the Plesiosaurus, based on what was called ‘P.’ macrocephalus, one of the three species of plesiosaurus carved by Hawkins in the park’s pond.
In short, a MUST for fans! As soon as we have information on distribution and costs we will update you!