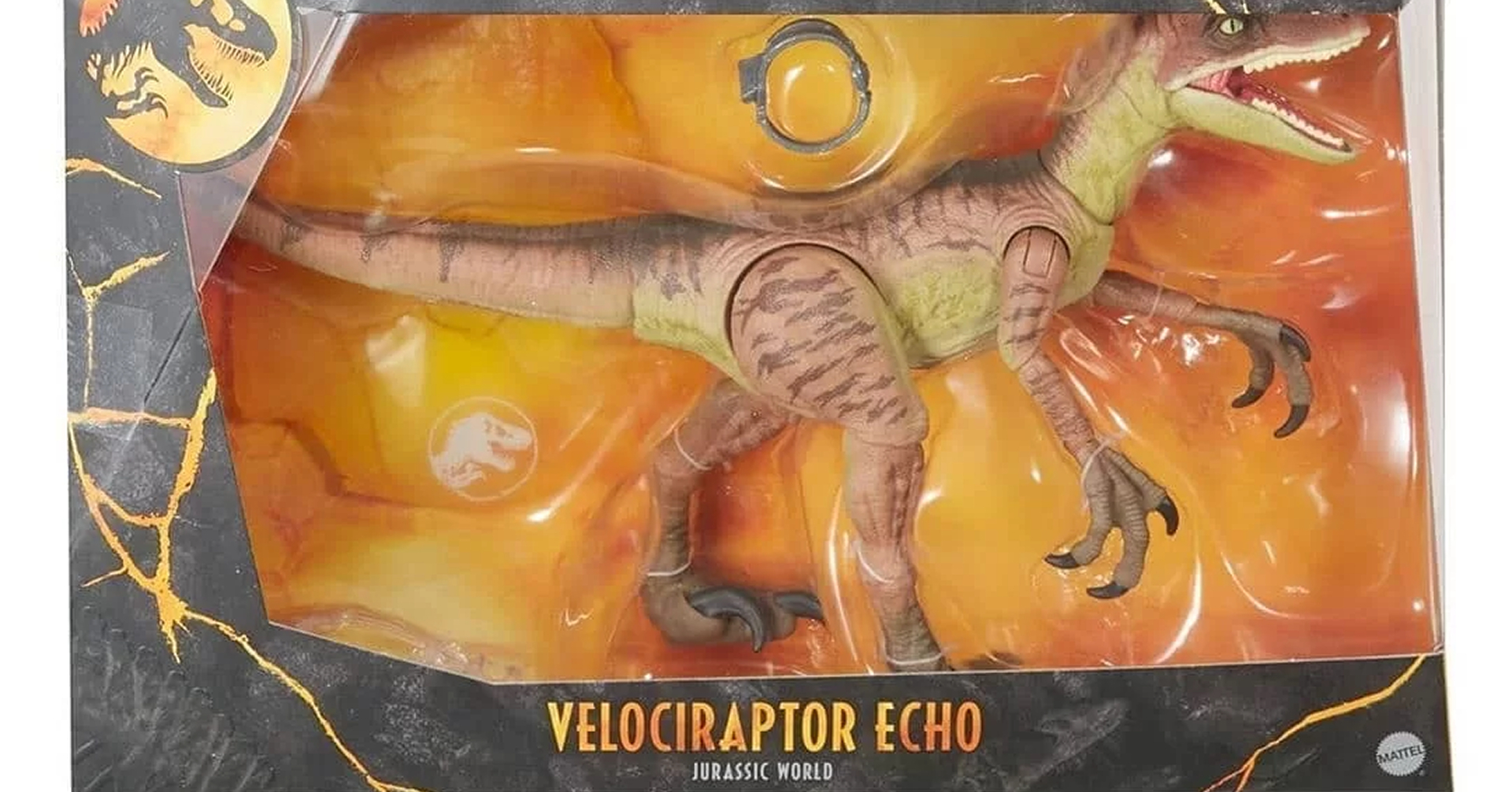 The very first images of Echo, the Velociraptor member of the “Raptor Squad” in Jurassic World, have been released online. The model is the one already seen with all the Velociraptor released so far, and differs from the others for the coloring. The latter is more reminiscent of the one seen in the Lost World raptors, rather than Echo’s.

Accessory elements include the communicator and the usual base that recalls Jurassic Park amber.

We expect to see pre-orders for this model online soon in major stores.