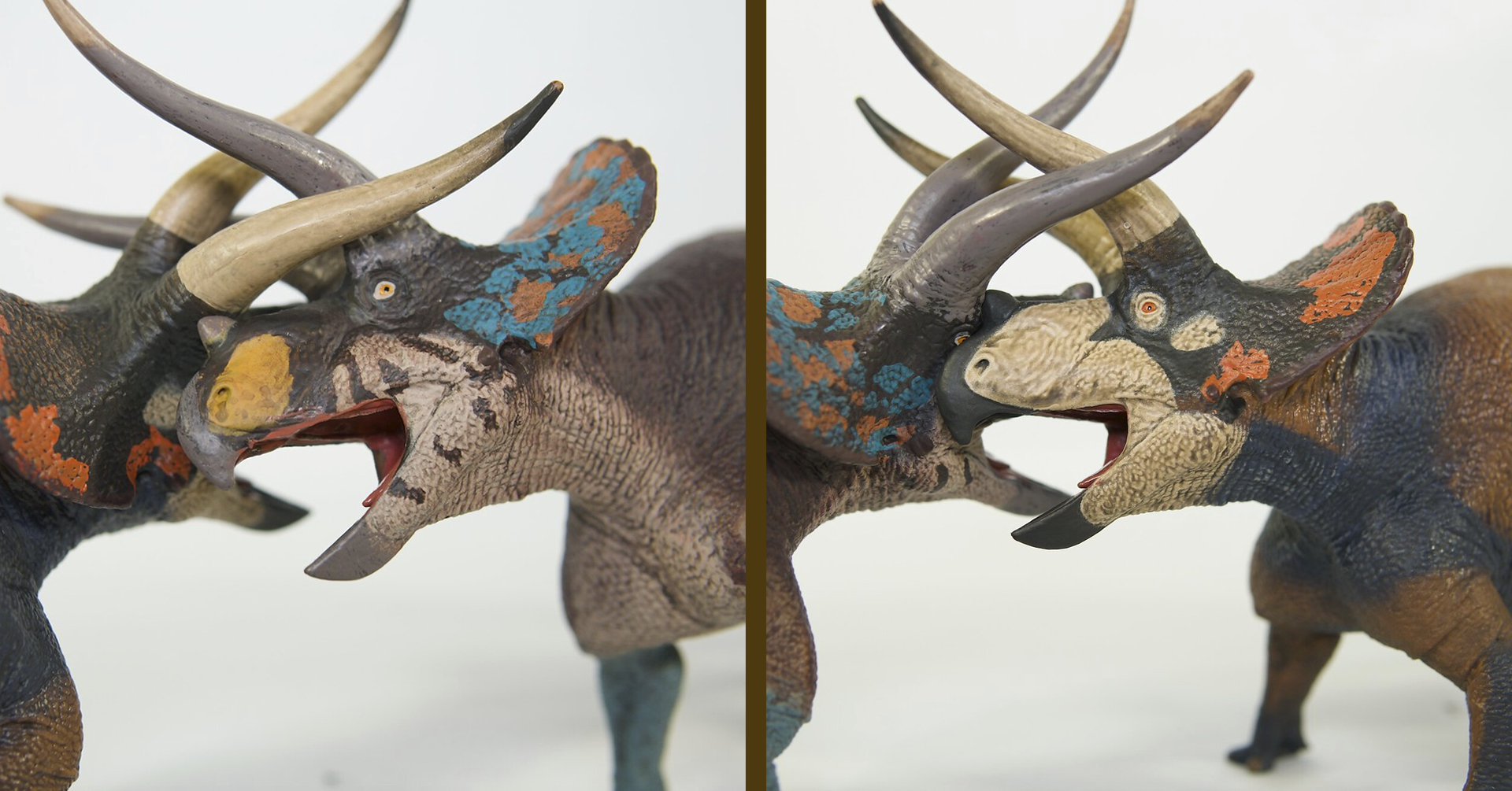 The Triceratops Eofauna is finally available for sale through all major platforms (soon also on Animalfigures.it) and after a long wait we can see live photos of this model (thank Killershrewfan for allowing us to share them), in both versions!

The first version anticipated by Eofauna was the one later called Dominant. The first thing that leapt to the eye is the impressive length of the horns: this figure is in fact inspired by the MOR 3027 specimen, not yet officially named and nicknamed Yoshi’s Trike, so it is a pleasant change compared to the classic source of inspiration, T . horridus. The inclusion of a keratinous covering on the horns makes the appearance even more unusual and, another thing not so common among the figures of Triceratops, the mouth is wide open and has no “cheeks”.

The second version, named Cryptic, was a bit divisive. The live photos seem to have mitigated the criticism of the coloration, especially regarding the legs, and to those who still consider it unrealistic it should be noted that the name ‘Cryptic’ could contain a reference to Calumma crypticum, a chameleon known for having precisely blue legs ( Coincidences? I don’t think). The yellow area on the sides of the nose of the Cryptic is, personal opinion, the closest thing to the idea that Triceratops could have dilatable nasal sacs as a Display tool.

The two versions can be interpreted as two males (presumably the more mature Dominant and the younger Cryptic) and can be positioned to simulate a fight as almost certainly seen at the time.

An interesting aspect that wasn’t easy to notice without first having one is the fact that it is to scale with PNSO’s new Tyrannosaurus rex; as you can see from these photos from Killershrewfan, they look like they were made for each other! That is, if we can say so …

Already from these photos the Triceratops Eofauna shows itself as an interesting reinterpretation of a famous dinosaur, with a very strong visual impact!