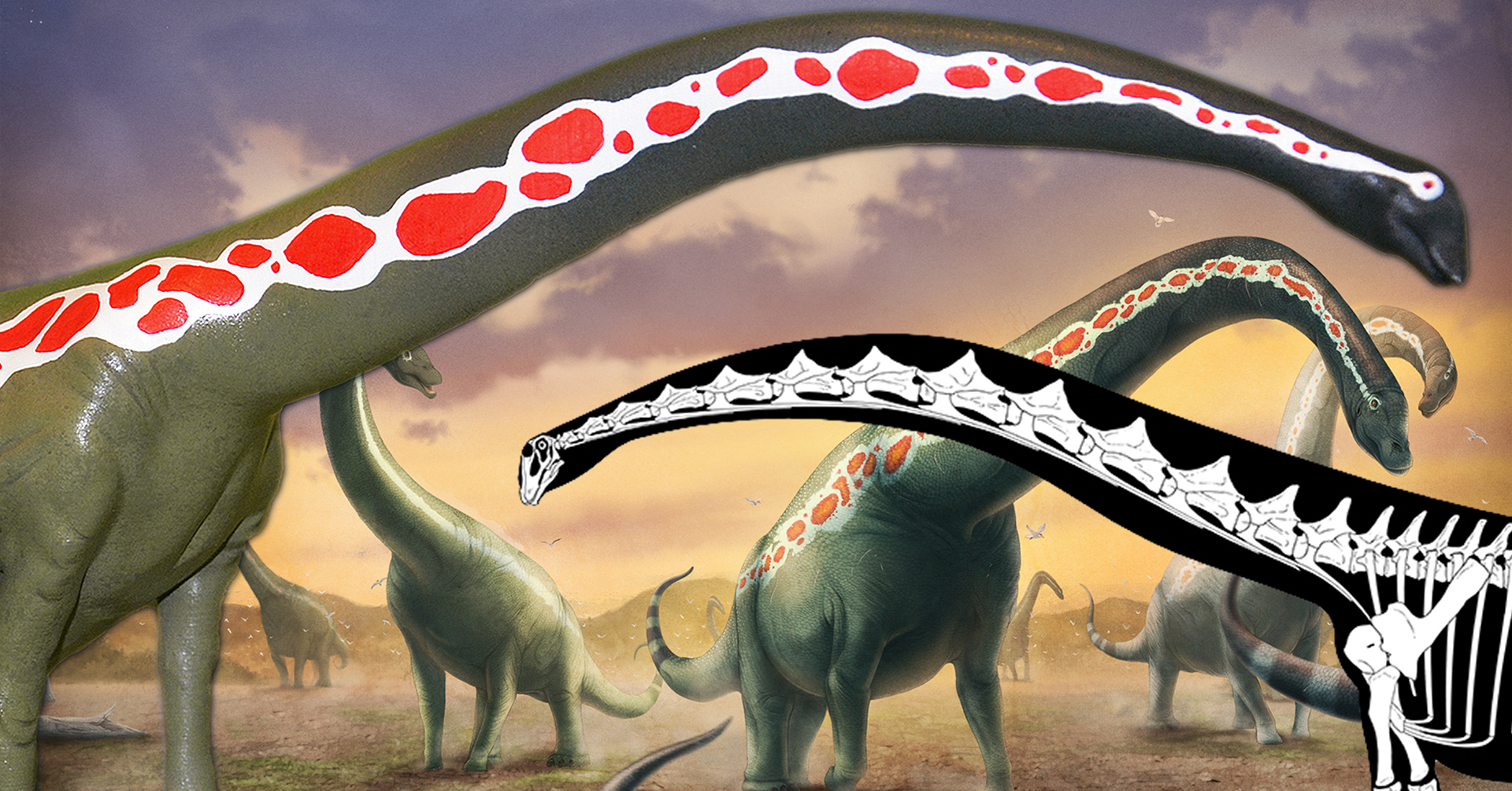 Scientific popularizer and YouTuber Willy Guasti of Zoosparkle showed on his Twitch channel (00:11:21 minutes of this video, we are also mentioned!) The new paleoartistic reproduction made by Hibou Coop under his supervision: The gigantic Titanosaurus of Patagonia Dreadnoughtus !

In addition to being an animal that has never been made in this form before (it also applies to many other titanosaurs, however impressive they are), this name will be familiar to Jurassic World Fans, as it was mentioned by Colin Trevorrow himself and appears among the DNA samples seen at the end of The Destroyed Kingdom.

For the illustration linked to the model Sante Mazzei went wild, portraying several specimens and inserting characters of sexual dimorphism and ontogenesis.

But that is not all! If in the past Hibou Coop and Will Guasti were inspired by the skeletal reconstructions of Marco Auditore for the models of Spinosaurus and Tethyshadros, this time it was the Paleoartist himself who provided the boys with a completely new Skeletal, based on the two specimens found so far. Auditore appeared as a surprise guest on Zoosparkle’s Live, talking about his method and how he approached the reconstruction of the animal.

In short, a lot of Italian Paleoarte! You can buy the model at this link.