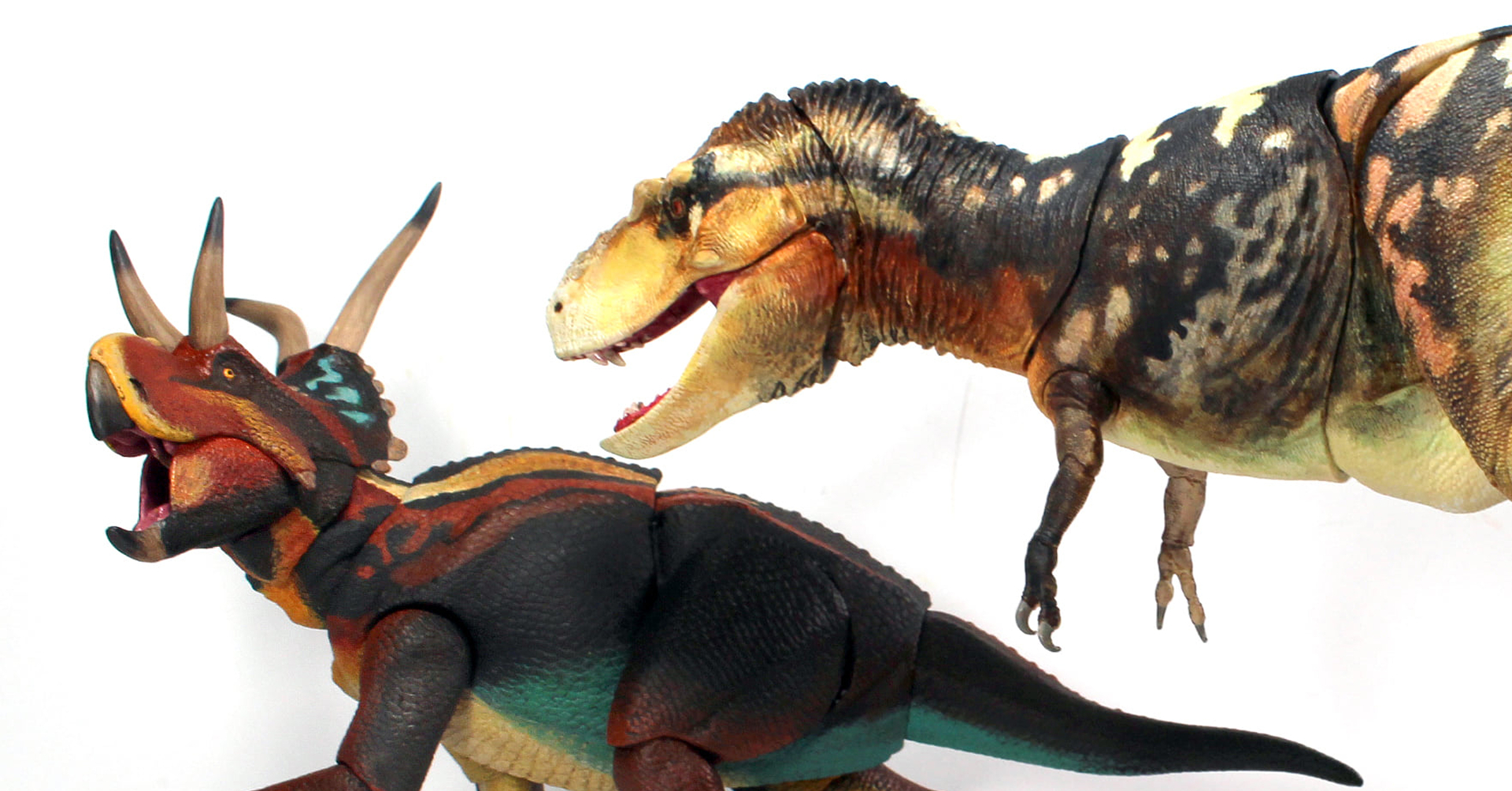 David Silva continues his work on Beasts of the Mesozoic’s Tyrannosaur Series, in preparation for the Kickstarter that kicks off this summer. After having anticipated it with some photos, here is finally the complete Gallery of the Lythronax!

So far the only other company to have reproduced the “Blood King” has been CollectA, with a feathered version much appreciated despite its smaller scale. For this Action Figure (as for all the larger representatives of the series) Silva has decided to adopt a scaly look, inspired by the black-breasted spiny-tailed iguana.

Silva is still considering whether to use the transparent Stand, as done with the Raptors, or to use Pegs to be inserted in special holes under the feet of the Figures.

And here are some images of comparison, particularly with the rival ceratopside Diabloceratops. The Tyrannosaur Series is getting more and more interesting!