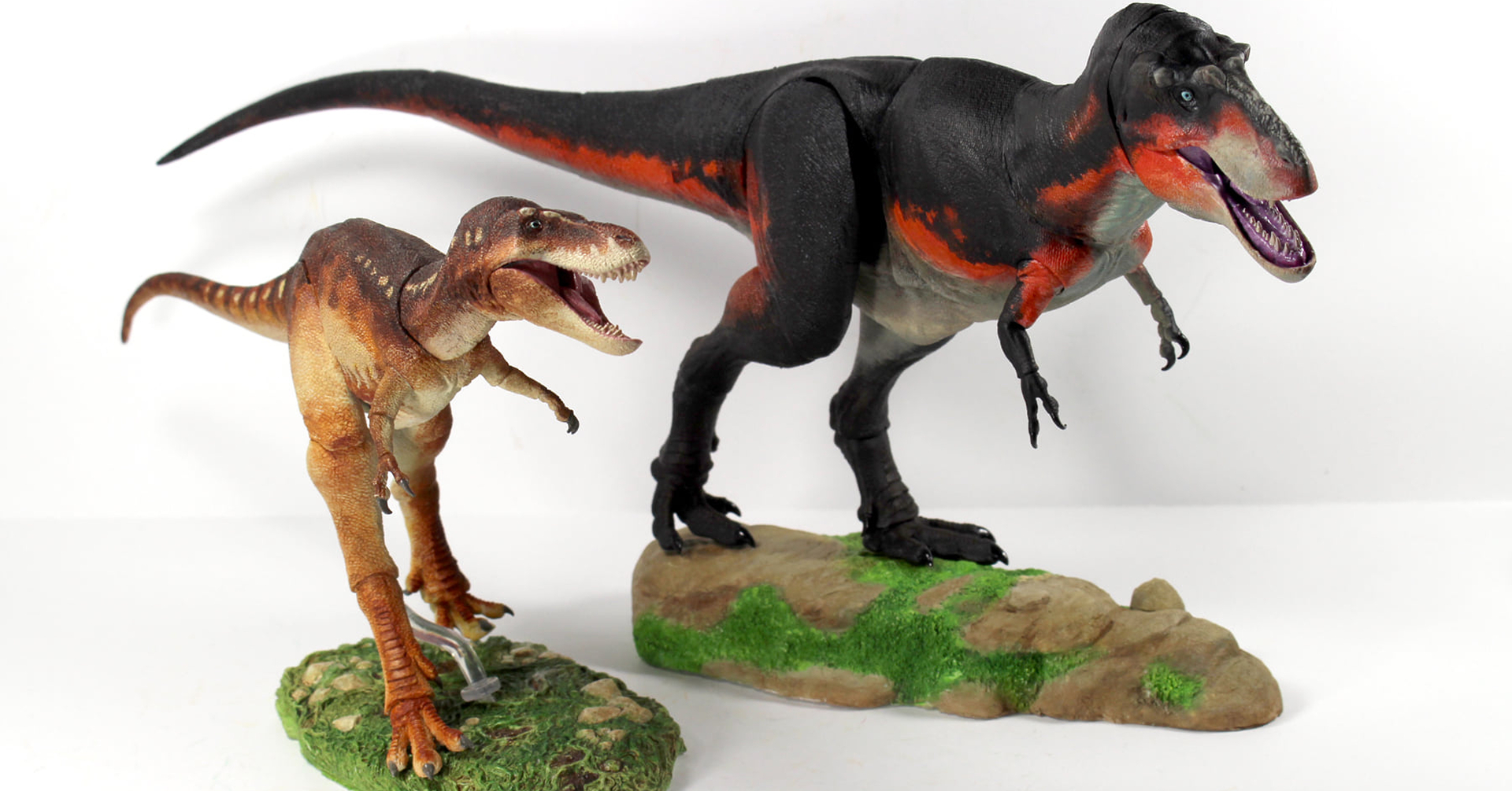 Although still busy managing the Ceratopsidae to send to his Backers, David Silva continues his work on the Beasts of the Mesozoic Tyrannosaurus Series. After a series of Artworks and a few glances at the unpainted prototypes, the first official Galleries are finally here!

The first prototype shown was the juvenile T.rex, whose coloring is inspired by the Borneo lantanotus.

In theory it could also be valid as Nanotyrannus, for those who are fond of it, and will be in scale with the adult counterpart.

The first adult species proposed is Bistahieversor, a tyrannosaurid from New Mexico discovered in the 90s and so far reproduced only by CollectA, which among other things has recently withdrawn it.