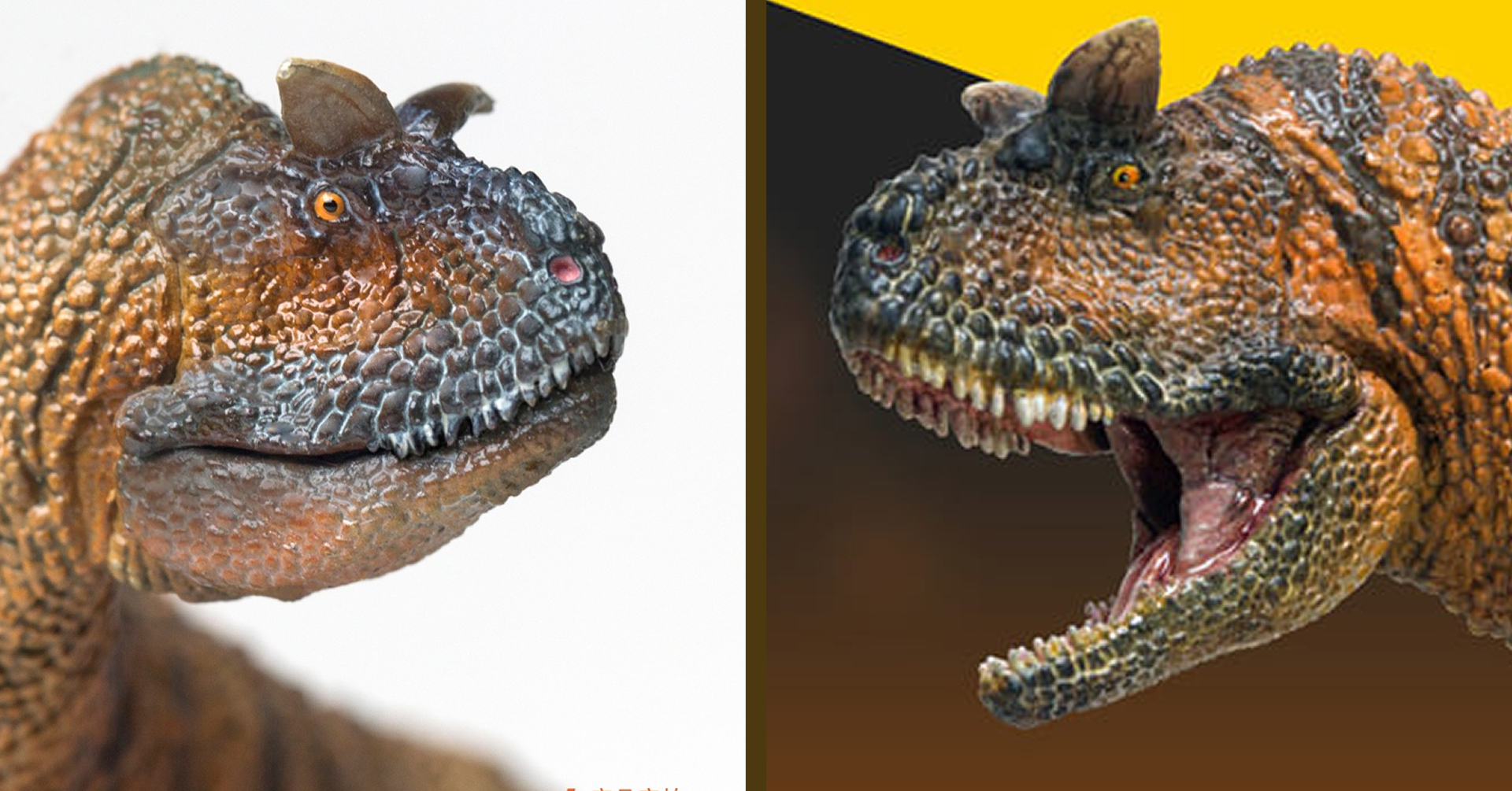 PNSO never ceases to surprise us! Based on the various anticipations we have, it was assumed that the next models coming out until the end of the PNSO Art Fair on February 4th would be Edmontonia, Allosaurus, Parasaurolophus, Torosaurus and Pachycephalosaurus. Instead, here comes a Carnotaurus out of nowhere, available now on Amazon.com!

We had already reported the first images on our Facebook page, and some Fans have noticed the discrepancy between the way the skin has been sculpted and the incredible traces that have come down to us, showing very small scales with scattered tubercles. In this case, as with the other theropods, the scales are in general much larger, a factor that will make detail lovers happy (in this scale the model would otherwise be smooth), even if a few points in accuracy are lost.

Another feature that catches the eye is the coloring, not only similar to that of Machairoceratops and Miragaia, but also reminiscent of the Carnotaurus of Jurassic World: The Destroyed Kingdom. Then we all know, this color choice is quite common for the dinosaur in question.

The proportions reflect the somewhat older conception of the animal’s build: today it is imagined to be less slender and with shorter hind legs. As a pre-overhaul rebuild it works great, it must be said.

The articulated jaw looks great and, like T. rex and Qianzhousaurus, this model will also have a transparent shaft that will help stabilize it in case problems arise. It is also pleasing that, in spite of the first images, the base of the tail is not as thin as previously thought, even if in the real animal it is now established that this was even thicker.

We know that many care about this animal and we are sure that many will want to add it to their collection!