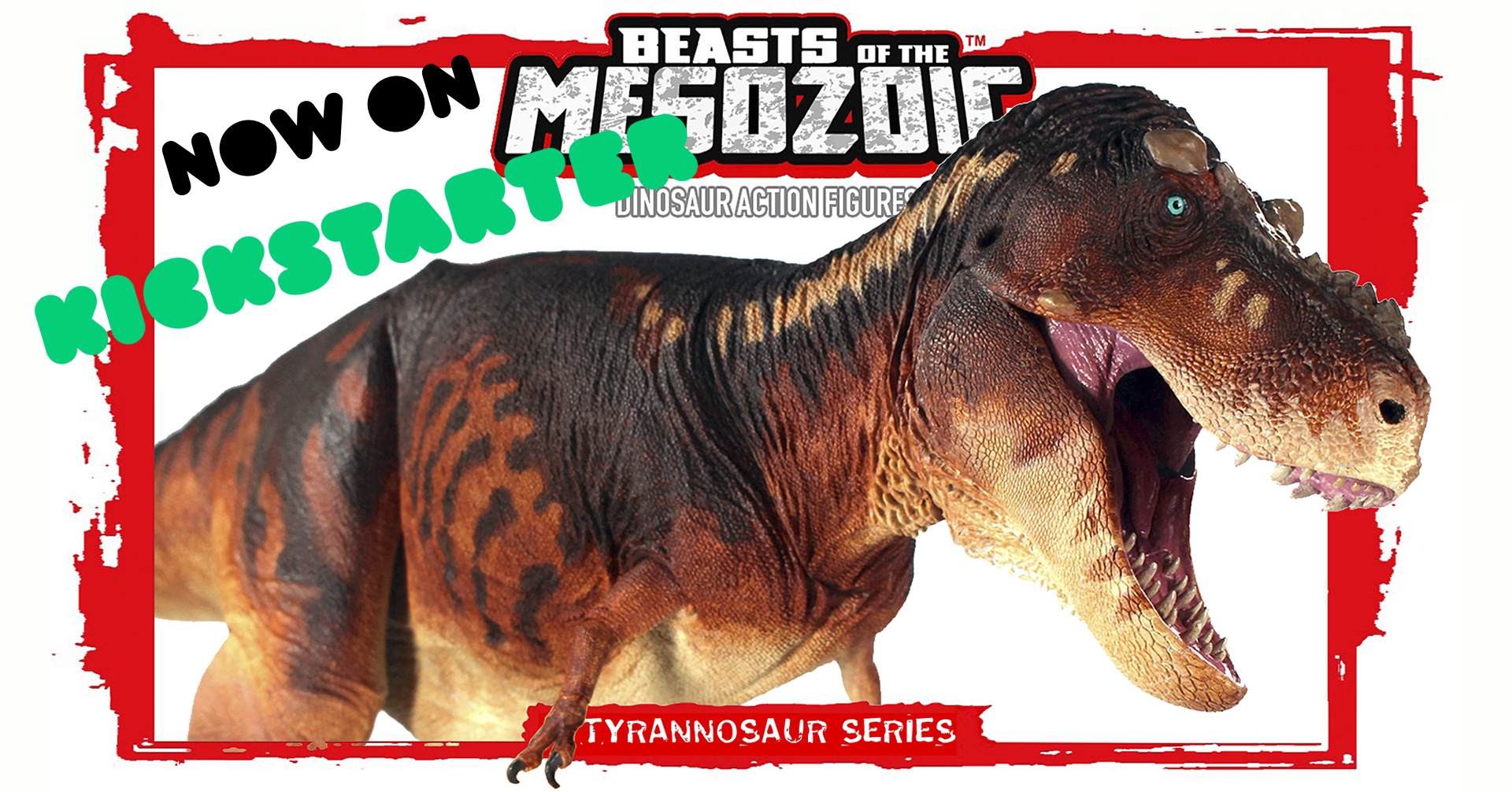 For the ones who already know what Kickstarter is, how it works and what the Tyrannosaur series is, here is the link.

For the ones which are asking themselves “what”, David Silva is a sculptor who worked for many famous action figures brands (Neca, McFarlane, ecc) and produced some resin kits of prehistoric creatures, too. More recently, he launched through the Kickstarter platform two dinosaur action figures lines: a Dromaeosauridae and a Ceratopsidae one. Now it’s the Tyrannosauroidea’s turn.

What is Kickstarter? To put it simply, Kickstarter is a crowdfunding platform with which anyone can ask founds to the users to develop their project. Usually, financers (named “backers”) receive some form of compensation for the support. In our case, it will be one (or more, depending on the sum pledged) of the action figures. Keep in mind that, while teorically you’re “buying” the action figures, they haven’t been realized yet: the campaign’s aim is to gain the necessary founds. Between the campaign’s good ending (it has 30 days to be founded) and the models’ shipment, a whole year might pass. Beasts of the Mesozoic, anyway, has already two succesfully founded campaigns behind itself, so there is no reason to doubt this one would not be. Keep in mind that the project reached the minimum gual after just a day!.

Keep in mind that your payment will be charged only at the end of the campaign, and only if it’s succesful.

Beasts of the Mesozoic, now: the first series, the Dromaeosauridae one, offered action figures of the same size and with interchangeable pieces, and there were even two “Build Your Raptor” kit, to assembly a model mixing the various parts. After its success, the ceratopsians were a more ambitious project, with figures of different sizes and not all pieces were interchangeable. The Tyrannosaur series follows the same philosophy.

But wait, there is more! With the Tyrannosaurus founded, some stretch goals might be unlocked and they’re othere Tyrannosauroidea species. We know that, in order, there are a juvenile Tyrannosaurus, Guanlong, Dilong and Yutyrannus, with other species (showcased by Silva on his social pages) with prices and order still unknown.