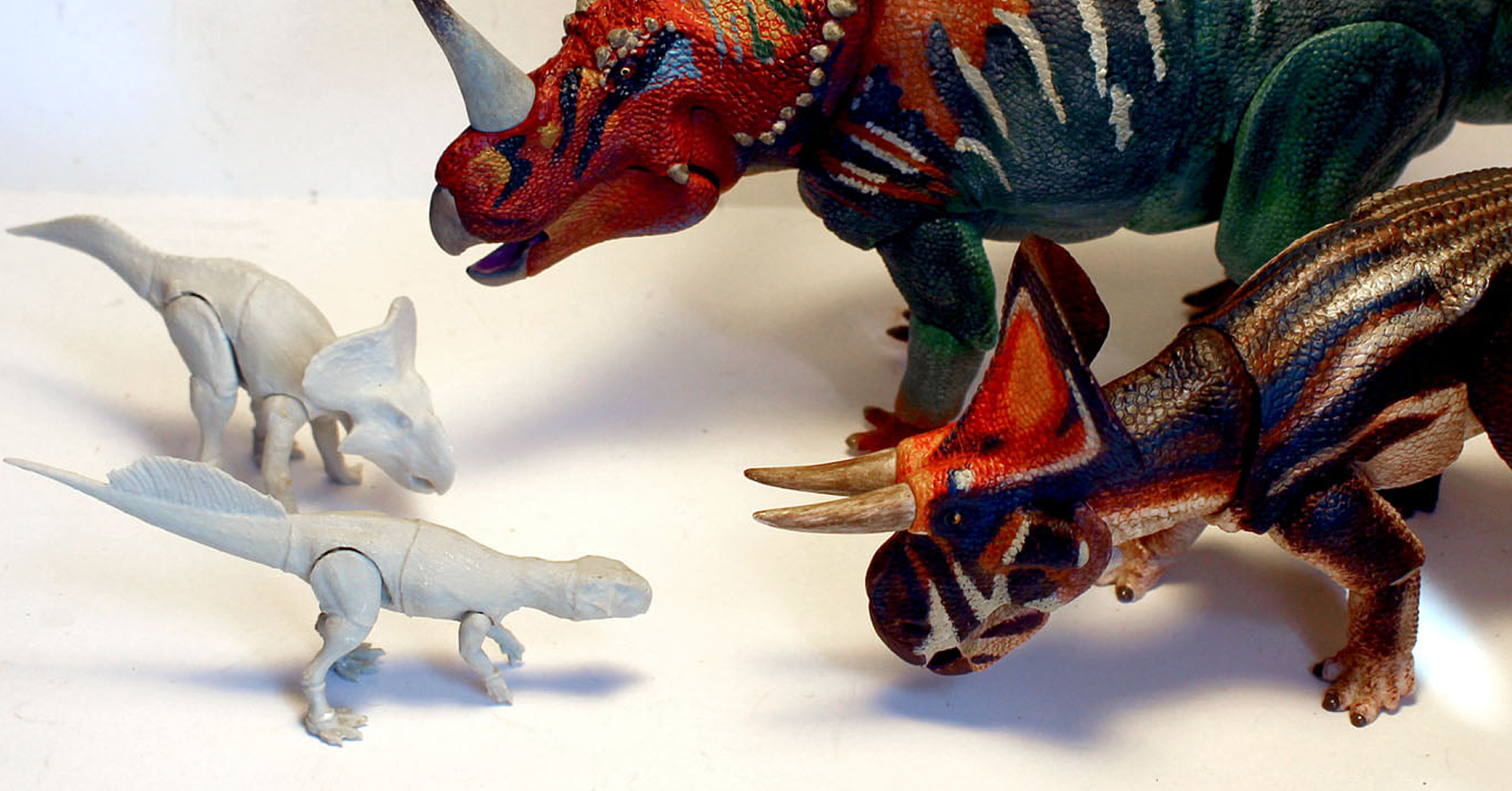 Yesterday David Silva gave some really unexpected news regarding his famous series of action figures “Beasts of the Mesozoic”: in fact, in 2021, the arrival of the Protoceratops and Psittacosaurus in 1/18 scale is scheduled. In this way, these two dinosaurs will be in scale with all the ceratopsids in the collection and, in the future, also with the tyrannosaurids. We remember that the Protoceratops and the Psittacosaurus will be released again this year, but in 1/6 scale (the same as the “Raptor”).

As you can see from the photo, they have fewer articulations than the larger versions, but the incredible quality of detail is always present.

Furthermore, Silva also confirmed that sooner or later all the 1/18 scale raptors will also arrive.